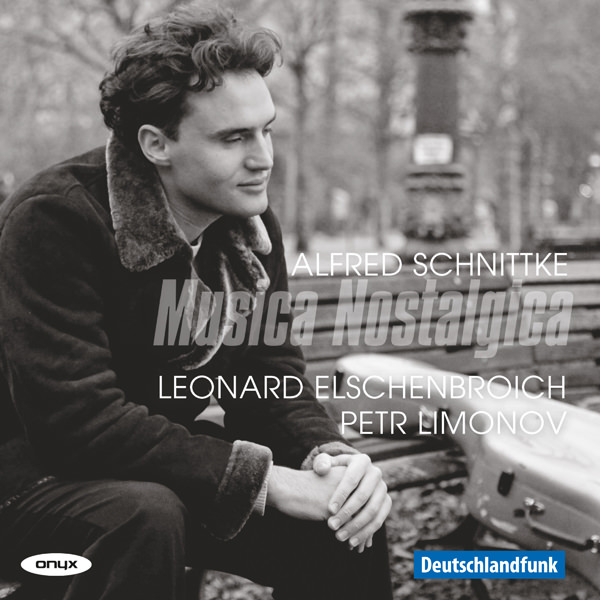 Though born in Engels on 24 November 1934, in the Volga-German Republic of the Soviet Union, Alfred Schnittke spent much of his formative childhood in Vienna, where his father had been posted to work for a German-language newspaper published by the Soviet army. ‘Every moment there,’ Schnittke recalled, ‘I felt I was a link in the historical chain: all was multi-dimensional; the past represented a world of ever-present ghosts, and I was not a barbarian without any connections, but the conscious bearer of my task in life.’

Schnittke’s music is often haunted by echoes or an awareness of these ‘ghosts’ from earlier traditions. His deep and empathetic connection with Austro-German culture was not only due to his father, born and brought up in Frankfurt, but was also, if anything, reinforced by his mother being Volga German, an ethnic group that settled in Russia in the 18th century under Catherine the Great. Divorced from its motherland, the language of the Volga Germans evolved its own way, yet still preserved some original German idioms. Schnittke was delighted to discover one day that some words he knew from that dialect, though not listed in any German dictionary, were in fact used by Mozart in his letters.
Schnittke’s fascination with the old German styles of the Baroque and Classical periods manifested itself even, or particularly, in his work for film, a medium for which he composed extensively from 1962 onwards. On one level a means for him to earn a living, film was also a milieu in which Schnittke felt freest to develop his own style, trying out ideas that he would later use in his concert works. More directly, his Suite in Old Style (1972) reworks music from two of his film scores: the opening ‘Pastoral’ and ‘Ballet’ movements, and its closing ‘Pantomime’, takes music from a film comedy concerning the amorous Adventures of a Dentist (1965); the central ‘Minuet’ and ‘Fugue’ are taken from the documentary film Sport, Sport, Sport (1971). Schnittke originally arranged his Suite for violin and piano, but it has since been arranged for a variety of combinations, including for cello and piano, as performed here.
In the meantime, Schnittke had begun writing extensively for the cello, starting with his Dialogue for cello and seven performers, composed in 1967. He wrote works for three cellists in particular: Natalia Gutman, a pupil of the legendary Mstislav Rostropovich for, whom Schnittke also wrote several works, and their younger contemporary Alexander Ivashkin. Schnittke also had a particularly strong artistic association with Natalia Gutman’s husband, the violinist Oleg Kagan, for whom he composed several works, including his Violin Concerto No. 3. It was very soon after completing this work in 1978 that he presented Gutman with his First Cello Sonata as a surprise gift. Its three movements are played without a break. The short first movement, in effect a prelude or extended upbeat to the following scherzo, starts with a plangent solo from the cellist, eventually joined by the pianist. Then the furious scherzo begins, the cellist’s scurrying, hurtling progress initially punctuated by a baleful bass figure on the piano. Then, as if in some terrible symbiotic relationship, the two instrumentalists furiously drive the music until they reach a hiatus, with fragments of a grotesque waltz pounded out by the piano. The music eventually overloads, and finally ‘explodes’, the cello strumming chords that seem to present a conundrum rather than resolution, while the piano peters out in the treble like a stray piece of fizzing debris. This leads directly to the finale, the cello’s keening opening lament complemented by the piano’s wryly ceremonial style, as themes from the previous two movements resurface in dazed aftermath.
Oleg Kagan was in his early 40s when he became seriously ill with cancer in 1989. Undaunted, he insisted on performing to the end, dying at the age of 43 in 1990. Schnittke was profoundly affected by his death, and in June of 1991, while being interviewed in Hamburg about the recently deceased violinist, he suffered a severe stroke (having previously been brought near to death by a previous stroke in 1985). Earlier in 1991, he had written a Madrigal in Memoriam Oleg Kagan, a slow crescendo of grief originally composed for Kagan’s own instrument; he subsequently rewrote this for solo cello, and it was given its premiere in that form by Gutman on 13 July that year.
The following year, Schnittke composed Musica Nostalgica, a short three-minute piece for Rostropovich. A revisiting of the Minuet theme, which is previously used in his Suite in Old Style, the theme’s initial appearance on solo cello here heightens its affinity to Bach’s solo cello suites. Yet – with a touch typical of Schnittke – the cello eventually bursts the bounds of Baroque good manners, manifesting the melody’s equal affinity to Mahler, and the long echo of its tradition. © Daniel Jaffé