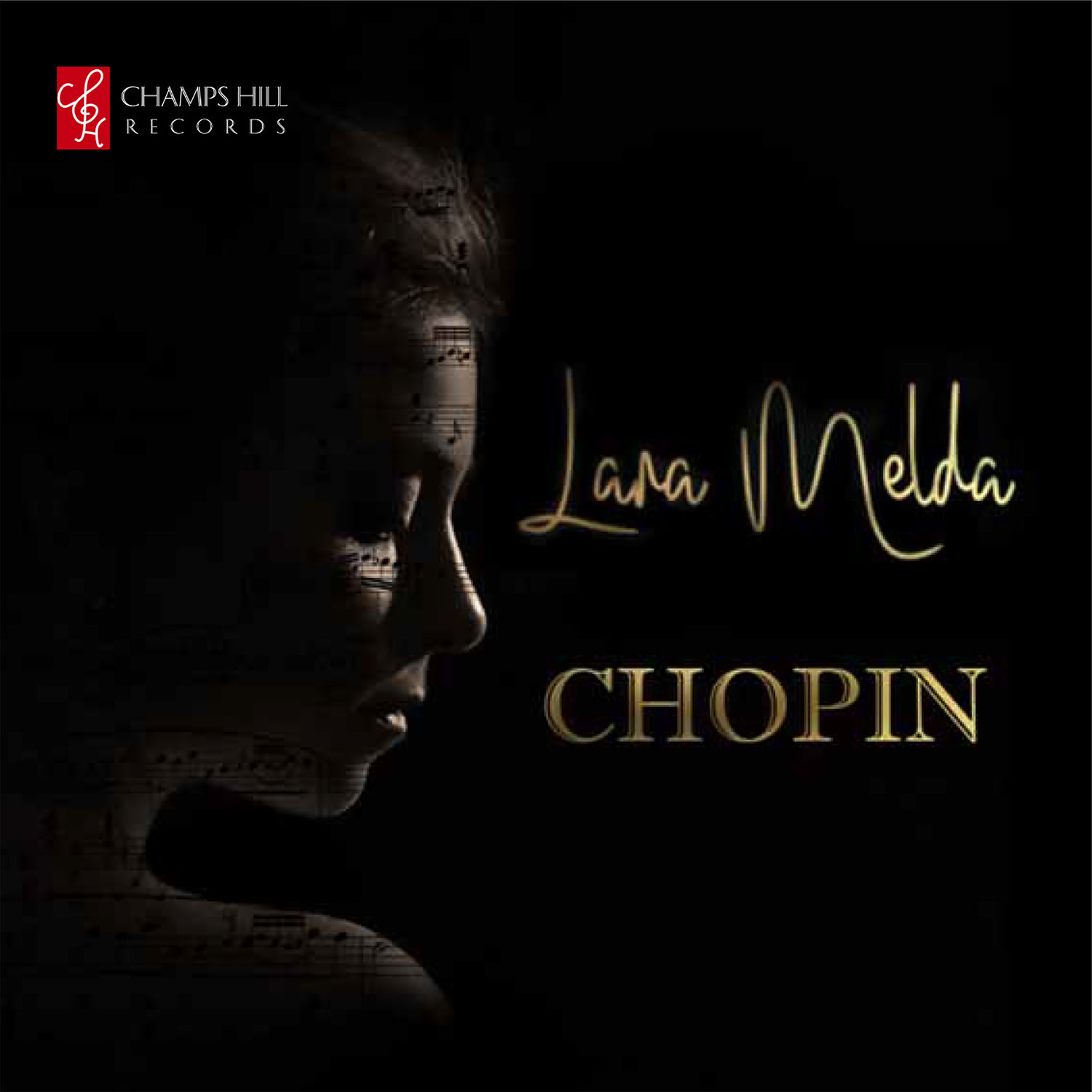 For her debut recording, BBC Young Musician winner Lara Melda fulfils a long held ambition to set down the musical ideas of Frédéric Chopin, a composer for whom she has had a special affinity since childhood.

Lara writes: “One day I yearn to fulfil a fantasy of playing all 169 works that Chopin wrote for the piano from his short life’s output … for this album I selected Nocturnes and Ballades, starting with the Op.9 Nocturnes, which he began composing at the age of 20, and ending with the fourth Ballade, written twelve years later when he was 32. It has long been my dream to set down these works in a recording.”

Lara Melda won the BBC Young Musician 2010 competition, performing Saint-Saëns Piano Concerto No.2 with Vasily Petrenko and the BBC National Orchestra of Wales. She made her BBC Proms debut in 2018 with the BBC Concert Orchestra conducted by Andrew Gourlay, and has since given numerous recitals at London’s Wigmore Hall and Cadogan Hall, Hamburg Laeiszhalle, Les Sommets Musicaux in Gstaad, and the Mecklenburg- Vorpommern Festival.

Other concerto performances include Britten’s Young Apollo with the Britten Sinfonia conducted by Paul Daniel (Barbican), Rachmaninov’s 2nd Piano Concerto with the Royal Northern Sinfonia and Kirill Karabits (The Sage), Mozart K466 and K242 with the Aurora Orchestra and Nicholas Collon (Kings Place), the Grieg Concerto with English Sinfonia (St John’s Smith Square) and Beethoven 3 in a tour of New Zealand with the National Youth Orchestra of New Zealand.