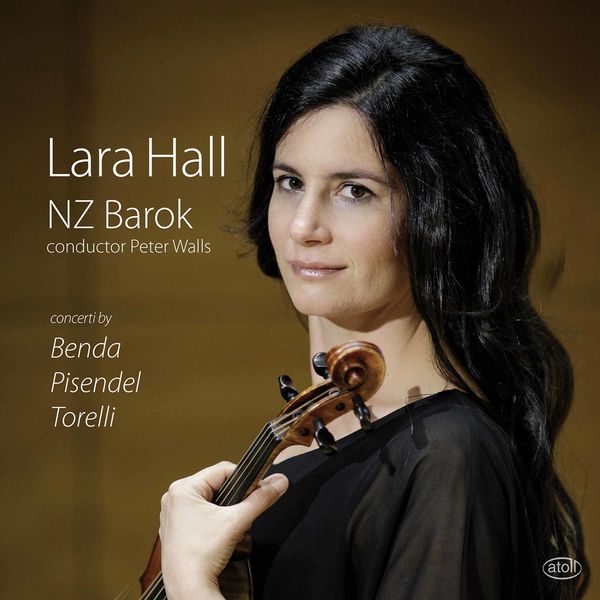 This album is the culmination of a long-held desire to record little-known 18th century concerti. Players’ parts were prepared for this project from digital copies of manuscripts in the Schank II Collection (Dresden) including Pisendel’s scores of his own concerti and Benda’s A major concerto (penned by Pisendel). During the porcess of examining these manuscripts, Lara Hall discovered additional sketches in the Pisendel concerti manuscripts; they had been used as a notepad for virtuosic embellishment options for the solo part, some of which she has incorporated into this performance of E minor Concerto.

Following the concluding fast movement of Benda’s A major concerto, there is a beautiful fugue penned in the manuscript. Whether this was written by Benda, the copyist who happened to be John Pisendel, or another composer is not known. In concert, NZ Barok and Lara Hall have performed this as the second movement of the A major concerto, but it is placed on this CD in the order that it appears on the manuscript. Of all the movements presented on this disc, the Largo, more than any other, transcends time and place in musical effect.

The difference between the works of Torelli, Pisendel and Benda show that, despite their close proximity, these three composers were strong individual musical personalities and highlight the speed of stylistic compositional change in the era.