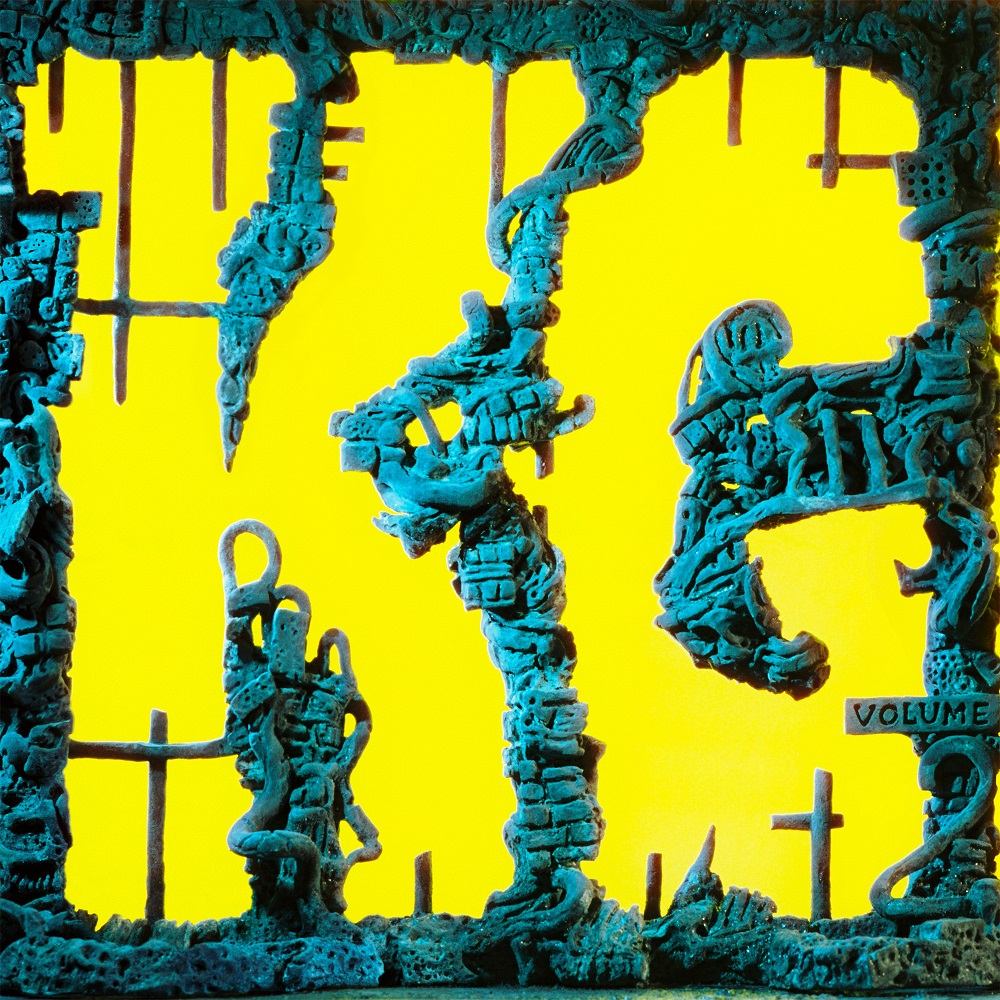 King Gizzard and The Lizard Wizard return with new album K.G., their sixteenth since forming in 2010. In the wake of a global pandemic, it’s a collection of songs composed and recorded remotely after the six members of the band retreated to their own homes scattered around Melbourne, Australia. K.G. is a pure distillation of the King Gizzard sound, one that cherry picks the best aspects of previous albums and contorts them into new shapes via defiantly non-western rock scales.

Going longer than a year without releasing anything is rare for Stu Mackenzie’s hyper-productive band. The young Australians have brought out fifteen albums in ten years, including five releases in 2017. We’ve grown used to their frantic pace. There was of course the amazing live compilation album Chunky Shrapnel released in early 2020 which brought their on-stage energy to our headphones. Their philosophy stays the same on K.G. They explore apocalyptic themes and ecological concerns over a sci-fi backdrop, sprinkling it with a few punchlines about the pandemic and its media coverage. The septet got to work before March’s lockdown, each of them at their respective homes. They sent each other their music and managed to find a way to work together at a time when they couldn’t embark on their usual improvisations. Despite all this, K.G. is just as mad as their previous albums. Because KGLW excel at everything, always. They’re able to play together and link up with surprising ease and coherence. They write their own legend. The motorik beat and robotic voices used on Automation and Some of Us are totally in line with the sound used on Rattlesnake from their album Flying Microtonal Banana. Straws In The Wind with Ambrose Kenny-Smith slows things down to reveal a wise folk-rock sound, while the heavy distortions on Hungry Wolf Of make for a dark album-closer. The biggest surprise is their use of nu disco and Anatolian rock (Intrasport) echoing Altin Gün as well as the recurring Middle Eastern strings (Ontology, Honey) that gives their psychedelic mixture a new twist. Better recorded than their previous albums, the depth found on K.G. develops the King Lizard narrative: one that’s beautifully mysterious and utterly unique. – Charlotte Saintoin