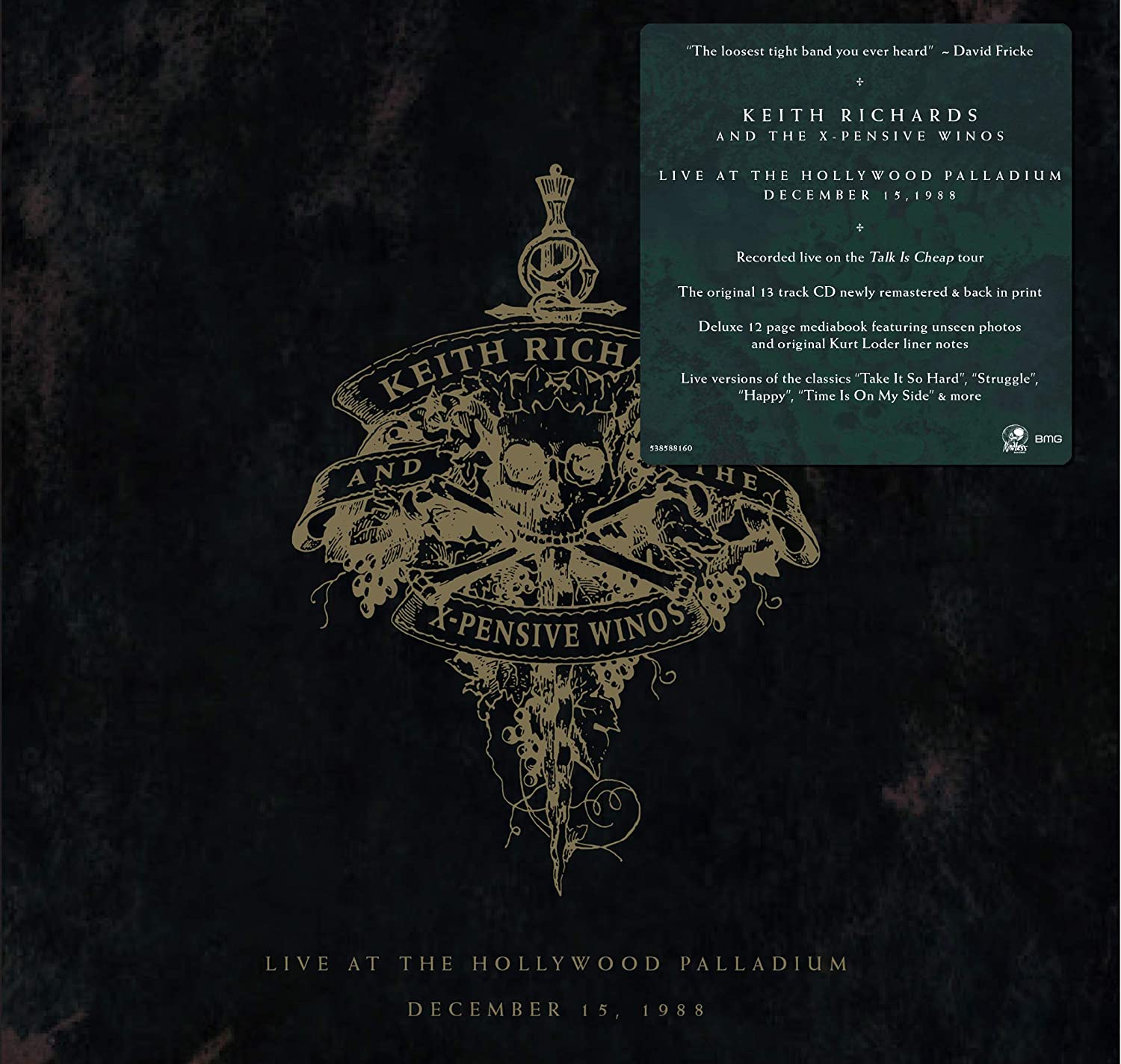 Newly remastered 13 track live album in Mediabook packaging, recorded Live on the Talk is Cheap Tour at the Hollywood Palladium on December 15th, 1988.

45 is a ripe old age to bring out a debut. Well, a debut that actually carries your name. In 1988, Keith Richards became a living legend when he finally decided to release his own album, Talk Is Cheap. The guitarist from The Rolling Stones didn’t have anything to prove, he just wanted to have a good time. And that’s exactly what he has on this rock’n’roll Stones-esque album, recorded with the X-Pensive Winos that brings together Steve Jordan, Waddy Wachtel, Bobby Keys, Ivan Neville and Charley Drayton. He even invited along some acclaimed musicians such as Bernie Worrell, Bootsy Collins and Maceo Parker… Following the album’s release, Richards embarked on a world tour, stopping in Los Angeles at the Hollywood Palladium on December 15, 1988. That night, he performed almost all the songs from Talk is Cheap and added a few covers of The Rolling Stones’ songs (Happy, Connection, Time Is On My Side and Too Rude). It’s like a jam sesh between old friends with a lot of winks towards reggae, a genre dear to Richards. The amazing live album was only released three years later, just before the release of his second solo album Main Offender. – Marc Zisman