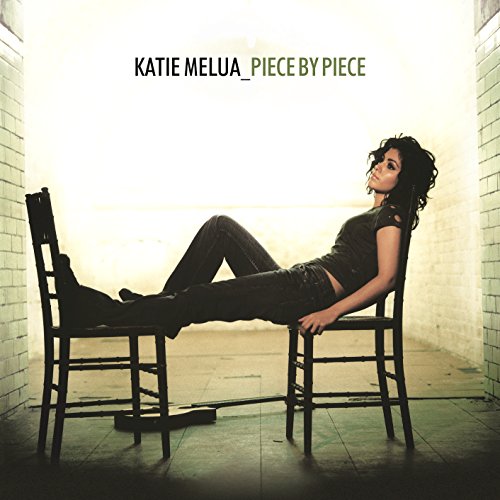 Piece By Piece, the second album by Katie Melua, comes nearly two years after the release of her multiplatinum-selling debut album Call Off The Search, and contains a larger percentage of self-penned songs than the previous album which demonstrate the significant development of Katie as a singer and writer. Features 12 total tracks including the first single, ‘Nine Million Bicycles’ and her cover of the Cure’s ‘Just Like Heaven’ which was also featured on the US Soundtrack of the same name. ”Although people talk about the ‘difficult second album’, we have enjoyed the pressure and the pleasure of trying to get this album right for ourselves initially, rather than specifically worrying about what the audience will think” said Katie. Universal. 2006.

Piece by Piece–the second album from Georgia-born-chanteuse-cum-naturalised-Brit Katie Melua, and the successor to her multimillion-selling Call Off the Search–begins teasingly with the soft-pedaled “come hither” jazz flirtations of “Shy Boy” and concludes with the whispering philosophical torch-song resignation of “I Do Believe in Love.” The two songs represent opposite ends of the emotional spectrum–sultry and kittenish on the one hand, solitary and ruminative on the other–but they also offer clues that the cutesy, crazy, easy listening Melua of Mike Batt’s mentorship may be gradually acceding to the full bloom of self-determined musical adulthood. Melua’s songs are often the more fretful and organic–the ghostly title track and the lovely “I Cried for You” are especially recommended, while the bluesier numbers (particularly the cover of the classic “Blues in the Night”) seem shoehorned in gratuitously to match an anticipated demographic. Batt’s contributions are melodic, memorably buoyant, and childlike. The Chinese-flavored “Nine Million Bicycles” and the naggingly catchy “Halfway up the Hindu Kush” are both charming despite their nave pseudo-ethnicity and currently offer, particularly when compared to something as ponderously wooly as “Spider’s Web,” a necessary fun counterbalance to Melua’s burgeoning compositional skills. At this stage, Piece by Piece fits together nicely like a little jigsaw puzzle. And even if it didn’t, Melua would still sound simply ambrosial singing from a washing machine repair manual. –Kevin Maidment