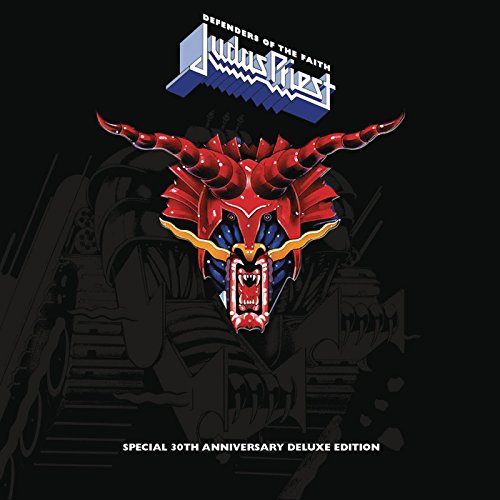 The last quality album from Judas Priest’s commercial period, Defenders of the Faith doesn’t quite reach the heights of British Steel or Screaming for Vengeance, in part because it lacks a standout single on the level of those two records’ best material. That said, even if there’s a low percentage of signature songs here, there’s a remarkably high percentage of hidden gems waiting to be unearthed, making Defenders possibly the most underrated record in Priest’s catalog. Musically, it follows the basic blueprint of Screaming for Vengeance, alternating intricate speed rockers with fist-pumping midtempo grooves and balancing moderate musical sophistication with commercial accessibility. It’s a craftsmanlike record from a band that had been in the game for a full decade already, but was still vital and exciting, and decidedly not on autopilot (yet). The record opens high-energy with the terrific “Freewheel Burning” and “Jawbreaker” before moving into lost anthem “Rock Hard Ride Free,” the more complex “The Sentinel,” the cold, oddly mechanized single “Love Bites,” and the slightly darker “Some Heads Are Gonna Roll.” Coincidentally (both were released the same year), there’s a bit of Spinal Tap creeping into the band’s approach on side two — not just in calling a song “Heavy Duty,” but also in the ridiculous rough-sex ode “Eat Me Alive,” which comes off like an S&M-themed “Sex Farm” (albeit without the tasteful subtlety). It wound up getting the band in trouble with Tipper Gore’s PMRC, though one wonders if it would have helped or hindered their cause that the song’s sexual aggression was, in hindsight, not directed at women. At any rate, Defenders of the Faith charted only one spot lower than its predecessor, and was certified platinum. Hereafter, Priest would have significant difficulties adapting to the fast-changing landscape of heavy metal in the latter half of the ’80s.