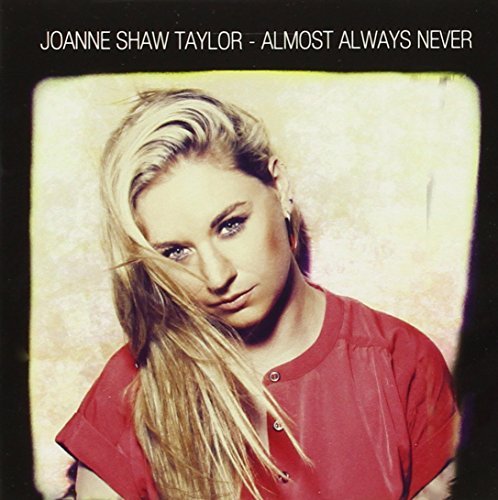 Joanne Shaw Taylor has the looks of a cherub, with a round baby face and a shock of blonde hair that makes her look even younger than her 26 years. But when she picks up her guitar and starts tearing into a tune, she channels the sweaty energy of a smoky blues bar at midnight. Her singing is just as gritty and soulful, a throaty growl that conveys the blistering emotions that are her stock in trade. She doesn’t waste any time getting down to business. The album opens with “Soul Station,” an ode to recovery and salvation, but the extended solo she lays down to close the tune sounds like a battle between angels and demons with its shrieking bent notes and searing distorted arpeggios. Having made her point with her opening volley, Taylor shows more restraint on the rest of the album, although her playing is always just as impressive. “You Should Stay, I Should Go” is a sparse R&B shuffle with some good Hammond B-3 by David Garza and a short sharp blues-rock solo. “Standing to Fall” is a slow funky rocker that includes a long break that plays off Taylor’s short bursts of bent-note arpeggios against Garza’s sideshow Hammond and Billy White’s ominous bass guitar, while “Army of One” shows off her acoustic side with showers of quiet chiming notes set off by White’s slide guitar work. The lyrics are the album’s only weakness. Taylor’s words are laden with clichs and awkward descriptions of dead-end relationships. Her powerful vocals and anguished pyrotechnics convey a world of pain and betrayal that her lyrics don’t ever quite capture.