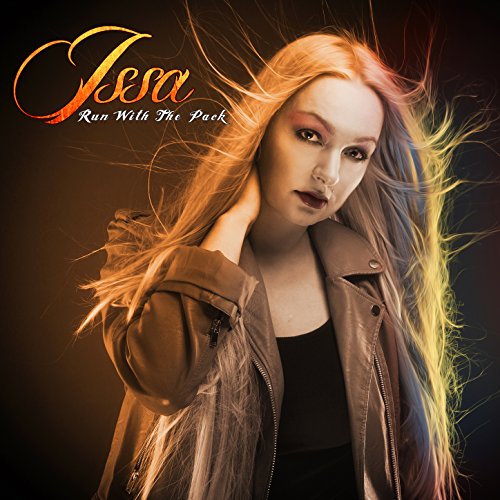 ISSA is back with her fifth studio album Run With The Pack. This sees the return of the queen of Melodic Rock as she packs another 11 tracks with her personal brand of music. As melodic rock goes this is an album that ticks all the boxes — great melodies, epic sounding guitars and catchy riffs.

ISSA’s new album is rocking right from the get go with the first track ‘Am I Losin’ You’ and it just gets better from there. With a duet from Deen Castronovo (Revolution Saints, ex-Journey) on ‘Sacrifice Me’, fans are given a real treat as Issa’s sound continues to elevate. The album just continues to grow as you listen through it as tracks such as ‘How Long’ and ‘Talk To Your Heart’ allow her voice to carry over the melodies and to take very your senses. But the real hard hitters of the album have to be the title track ‘Run With The Pack’ and ‘Closer To You’ with their heavier guitars and bigger sound.

The album is everything you can want from a female vocalist and more. But what can you expect when you put together an outstanding vocalist with an overly talented band and have the album produced by Alessandro Del Vecchio.This is an album that has everything from hard hitters to soft love songs, it is well balanced and a great listen.