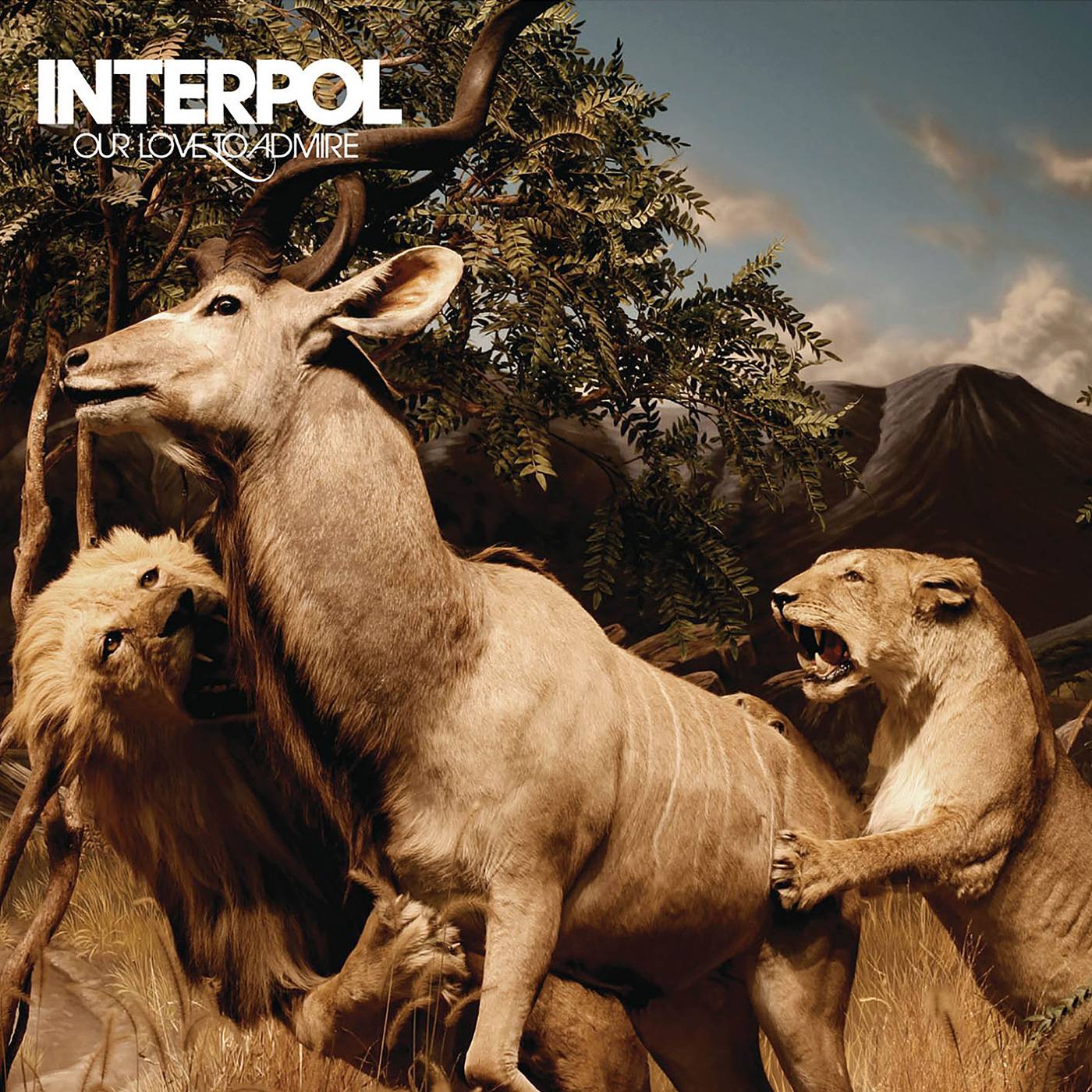 To celebrate the 10th anniversary of “Our Love To Admire”, Capitol Records reissued this beloved classic. Upon its release, the album debuted in the Top Five in both the U.S. and the U.K. Uncut described the album as “a majestic, grandiose, machine-tooled album, subtly orchestrated with gothic pianos and doomy organs”. Interpol formed in the late 1990s and quickly established a dense, intoxicating sound featuring layers of guitar, bass and synthesizers. The band came up through the vibrant New York scene, alongside such notable contemporaries as the Strokes and the National, but gained crucial early attention in Britain, where they recorded a prestigious live session for legendary BBC DJ John Peel.

Though Our Love to Admire is technically Interpol’s first major-label album, the way the band attempted to streamline the gorgeously dark atmospherics of Turn on the Bright Lights into something more marketable on Antics made that album feel more like their big-time debut than this album does. On Our Love to Admire, Interpol spends roughly half their time following Antics’ game plan of distilling their sound into readily accessible hooks, and the other half stretching their sound with deluxe arrangements and filigrees like strings, brass, and keyboards (all of which are used to grandiose effect on “Wrecking Ball”). Our Love to Admire’s poppy tracks have been polished into black patent leather brilliance: “No I in Threesome”‘s jaunty, insistent rhythms and “The Heinrich Maneuver”‘s relatively bright, bouncy attack show that Interpol has gotten better, or at least more accomplished, at transforming their sound into singles since Antics. More heartening news for Turn on the Bright Lights fans arrives on Our Love to Admire’s ambitious tracks, some of which come close to touching the greatness of Interpol’s debut. “Pioneer to the Falls” uses the album’s expansive production to the hilt, beginning with elegantly treacherous guitars, strings, and pianos; Daniel Kessler’s soaring guitar solo and Paul Banks’ repeated entreaties of “you fly straight into my heart” feel like the musical equivalent of storm clouds clearing. The song is filmic and full of ideas, and updates the spirit behind Turn on the Bright Lights without rehashing its sound slavishly. “Mammoth” is another standout, a tense yet hypnotic rocker that builds into a graceful fury around the refrain “spare me the suspense” and the band’s relentless rhythm section. However, two of the prettiest songs vie for the title of the album’s strongest track: “Rest My Chemistry” is Our Love to Admire’s languid, luminous centerpiece (and the song that most clearly recalls Turn on the Bright Lights’ magic), while the album’s spare, vulnerable finale, “The Lighthouse,” boasts some of Banks’ most natural, affecting vocals yet. When Our Love to Admire falters – and it falters a fair amount of the time – it’s because Interpol’s attention to atmosphere and detail outpaces the songwriting. At this point the band is so professional that songs like “The Scale,” “Who Do You Think?,” and “Pace Is the Trick” can sound good in the moment, but fail to leave a lasting impression. With nearly as many awkward moments as inspired ones, Our Love to Admire is a somewhat schizophrenic listening experience. It feels like half of an album by a band making sure their songs that fit the mold of what they’ve done before, and half of an album by a band using their major-label leverage to push their boundaries. Who knows which version of the band will prevail, but there are just enough interesting songs on Our Love to Admire to suggest that they can’t be written off entirely just yet.