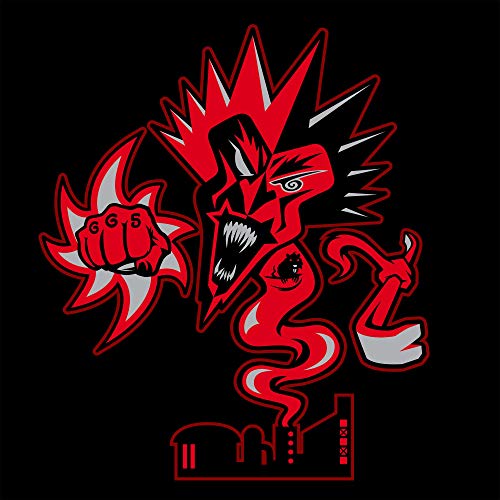 Thirty years in, it’s hard to separate Insane Clown Posse’s music from their looming and often reviled legacy. More attention has been paid to the Insane Clown’s Faygo-spraying antics and the cultural phenomenon of their cultishly devoted fans than the music they’ve been making since 1989. At the core of the entire circus is a brand of horrorcore rap that jumps between proudly juvenile and theatrically violent lyrics, with the duo of Shaggy 2 Dope and Violent J perpetually expanding on the Dark Carnival mythology they began in the early ’90s. Fearless Fred Fury is the group’s 15th studio album, and like much of their bottomless discography, the songs here are over-the-top depictions of gore, stabs at social commentary, or detours of sophomoric humor. A loose concept follows a demonic character named Fred Fury who terrorizes mortal souls wasting the opportunities life offers them, though Fred only shows up implicitly on a few songs. Also like the majority of ICP’s catalog, the album is willfully obnoxious, tedious and hard to take seriously. That’s not to say it’s without merit or that the clowns haven’t developed musically in the past three decades. The multisyllabic flows on “Fury!” and the anthemic “Freedom” are more technically advanced than the majority of the group’s often entry-level approaches to rhyme patterns, and they play with interconnected rhyming more here than usual. The lowbrow cleverness of lyrics about everyday experiences is no doubt a huge part of ICP’s charm, and that crass wit is on full display on tracks about gamers wasting away in their parent’s basements (“Game Over”) and appreciating the hand you’ve been dealt (“Satellite”), as well as on a plethora of horror raps. There’s also a sense that they’re branching out musically, with several unexpected production turns. The subdued “Nobody’s Fault” is ICP’s take on atmospheric, sad-boy rap and “Low” creatively flips the beat from a Zombies song. At almost 70 minutes — that mostly tends towards cartoonish attempts at terror, corny beats, and general dumbness — Fearless Fred Fury will wear out its welcome quickly for those uninitiated in the ways of the juggalo. At this point, Shaggy and Violent J have reached their mid forties without changing much about the approach they began as teens, only straying from their shtick to get as deep as their much-mocked 2010 “what-does-it-all-mean” single “Miracles” would allow. The ridiculous personas and questionable rap skills are about the same on album number 15 as they were on most of the albums that came before it. As such, this joker’s card will delight the fans as much as any other and should be avoided by those not already down with the clown.