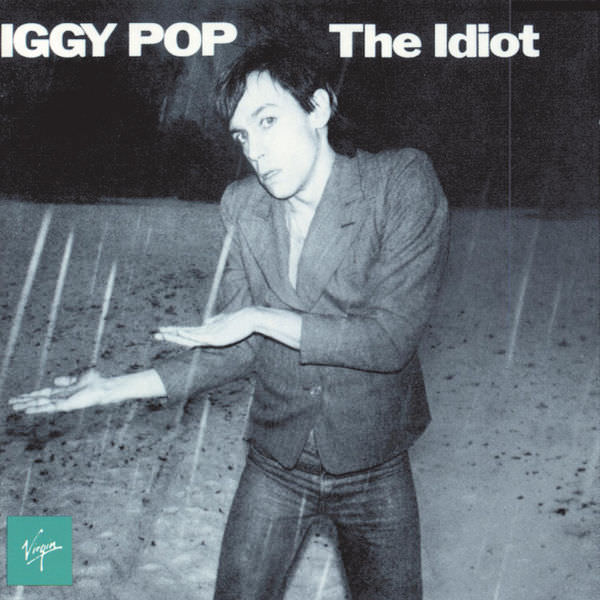 The Idiot is the debut solo album by American rock singer Iggy Pop. It was the first of two LPs released in 1977 which Pop wrote and recorded in collaboration with David Bowie, who is credited as producer. As sessions for the album began before the recording of Bowie’s Low (1977), The Idiot has been called the unofficial beginning of Bowie’s Berlin period.

Described by Pop as musically “a cross between James Brown and Kraftwerk,” The Idiot is a departure from the guitar-based proto-punk of his former band the Stooges, and has been compared with Bowie’s “Berlin Trilogy” of albums in its electronic sounds and introspective atmosphere. Its title was inspired by Dostoyevsky’s novel The Idiot, three of the participants in the recording—Bowie, Pop and Tony Visconti—being familiar with the book.

The album received critical praise upon release and is regarded by critics as one of Pop’s best works, but is not generally considered representative of his output. The Idiot has been characterized as a major influence on subsequent post-punk, industrial, and gothic artists.

In 1976, the Stooges had been gone for two years, and Iggy Pop had developed a notorious reputation as one of rock & roll’s most spectacular waste cases. After a self-imposed stay in a mental hospital, a significantly more functional Iggy was desperate to prove he could hold down a career in music, and he was given another chance by his longtime ally, David Bowie. Bowie co-wrote a batch of new songs with Iggy, put together a band, and produced The Idiot, which took Iggy in a new direction decidedly different from the guitar-fueled proto-punk of the Stooges. Musically, The Idiot is of a piece with the impressionistic music of Bowie’s “Berlin Period” (such as Heroes and Low), with it’s fragmented guitar figures, ominous basslines, and discordant, high-relief keyboard parts. Iggy’s new music was cerebral and inward-looking, where his early work had been a glorious call to the id, and Iggy was in more subdued form than with the Stooges, with his voice sinking into a world-weary baritone that was a decided contrast to the harsh, defiant cry heard on “Search and Destroy.” Iggy was exploring new territory as a lyricist, and his songs on The Idiot are self-referential and poetic in a way that his work had rarely been in the past; for the most part the results are impressive, especially “Dum Dum Boys,” a paean to the glory days of his former band, and “Nightclubbing,” a call to the joys of decadence. The Idiot introduced the world to a very different Iggy Pop, and if the results surprised anyone expecting a replay of the assault of Raw Power, it also made it clear that Iggy was older, wiser, and still had plenty to say; it’s a flawed but powerful and emotionally absorbing work.