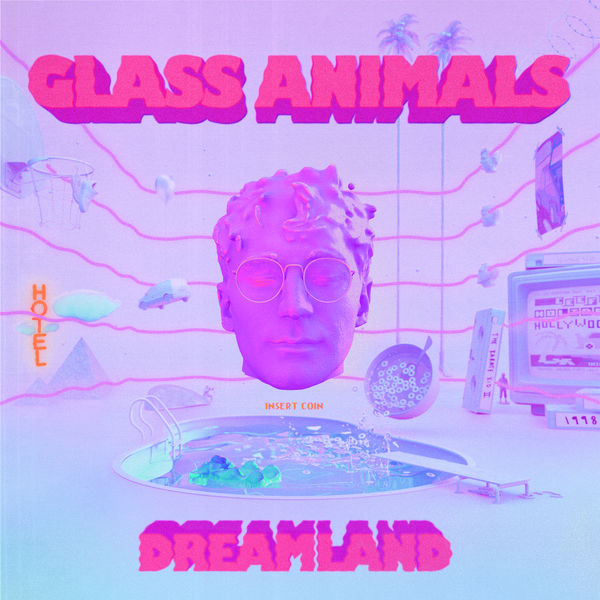 “I wanted this album to be a full reflection of life,” Glass Animals’ frontman Dave Bayley explained of their third album ‘Dreamland’ in their recent NME cover feature. Having created two albums that largely explored the lives of others (2014 debut ‘Zaba’ and its follow 2016 follow-up ‘How to Be a Human Being’, the latter of which based each of the 11 songs on a different character), their latest release marks a stark change in how the Oxfordian quartet construct an album. For the first time the work is entirely autobiographical.

In the past Bayley had been afraid to write about himself (“I always thought it was selfish,” he told us), but on the deeply moving final track of ‘How to Be a Human Being’, ‘Agnes’, Bayley opened up about a friend he lost to suicide. ‘Agnes’ quickly became a fan favourite, and this reaction, as well as Bayley’s experiences working with other artists who wrote about themselves (such as Joey Bada$$ and Khalid), opened him up to the possibilities of writing autobiographically.

This change in viewpoint was also impacted by trauma period for the band. In July 2018, having toured their Mercury-nominated album ‘How to Be a Human Being’ around the globe and preparing for a summer of festivals, drummer Joe Seaward was hit by a truck in Dublin while cycling his bike, breaking a leg, fracturing his skull and suffering from severe brain damage. “Everyone was very close to losing a friend, a brother, a boyfriend, a son and a bandmate,” Seaward candidly explained to NME.