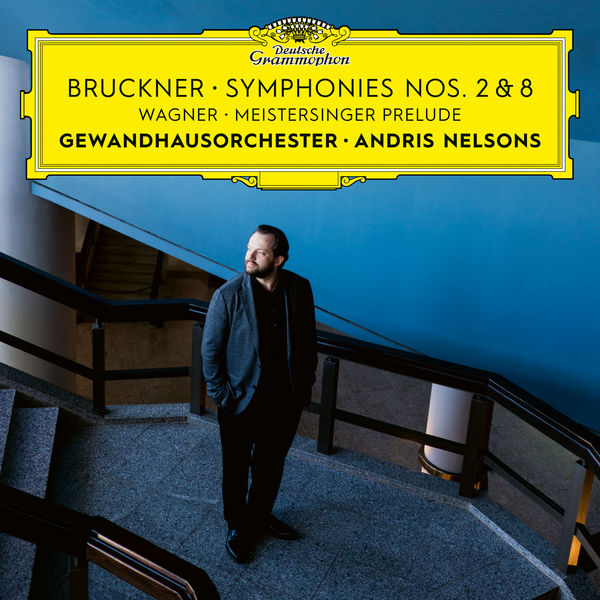 Andris Nelsons and the Gewandhausorchester Leipzig continue their award-winning Bruckner cycle. This time the Symphonies are coupled with Wagner’s Meistersinger Prelude. The Orchestra and the Latvian Maestro recently announced the extension of their acclaimed partnership until 2027. In 2019 The Times (UK) raved about Andris Nelsons and the Gewandhausorchester’s visit to the BBC Proms, “He [Bruckner] really does have to be played very, very well if the spaces that suddenly open up around the notes are not to seem a slackening of tension. It was one of the outstanding features of Nelsons’s reading – among the best Bruckner interpretations I’ve heard – that they never did. Every standstill was pregnant with consequence; and, while one could relish the beauty of sound […] one felt the pacing hidden in the background. Detail was luxurious, but architecture paramount, and Nelsons’s unshowy approach profoundly impressive. One could almost believe one had come across that impossible thing: the ego-less conductor. No exhibitionism here. He revealed Bruckner, with a relentless vision that takes us into the strangest places, as greater than ever.”

The penultimate edition of the complete symphonies of Anton Bruckner conducted by Andris Nelsons at the head of the famous Leipzig Gewandhaus Orchestra continues. This publication is dedicated to Symphonies n° 2 and N° 8, and a work by Wagner, a true “God” and role model to the Austrian composer.

Following a surprisingly soft and amorphous Prelude from the Meistersinger von Nürnberg (as if the Latvian conductor wanted to erase the nationalistic and historical connotations by showing that the Leipzig of today is not the Nuremberg of the 1940s), Symphony No. 2 (here in its 1877 version) emerges in a mystical aura. Together with its sister pieces, the First and Sixth, it is part of a trio of lesser-known and rarely-performed works by the composer. However, it was his first major achievement, whose exemplary unity would not be seen again until the Fourth, a few years later. The clarity of its construction and its communicative warmth, however, make it an excellent introduction to the particular and fascinating world of Bruckner.

The performance of the Eighth is the culmination of six years of hard work, strewn with doubts and discouragement. Bruckner’s most extensive symphony is also arguably the zenith of his genius. Andris Nelsons chose the 1890 version edited by Leopold Nowak, which was a considerably shortened form of the original. The question of choosing a version remains a stumbling block for conductors and musicologists today, as Bruckner constantly, and often reluctantly, modified his scores under pressure from his friends and publishers. Hailed a triumph at its premiere, this “Apocalyptic” symphony (according to musicologist Harry Halbreich) touches on the metaphysical, particularly in the twenty-seven minutes of its fabulous Adagio that seems to transport us up into the cosmos, in search of the origins of the world. – François Hudry