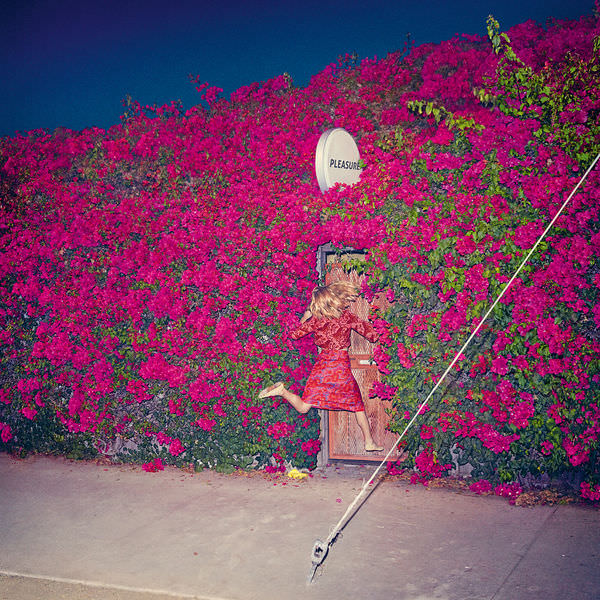 Pleasure is the fifth studio album by Canadian singer-songwriter Feist, released on April 28, 2017, through Universal Music Canada. Thematically, the album is said to explore “emotional limits … loneliness, private ritual, secrets, shame, mounting pressures, disconnect, tenderness, rejection, care and the lack thereof.”[13] All of the songs on the album are actually raw takes, as Feist explained on her Twitter: “Our desire was to record that state without guile or go-to’s and to pin the songs down with conviction and our straight up human bodies.”

You’ve got to hand it to Feist: beginning your first record in six years with a pregnant pause is pretty ballsy. The teasing, introductory silence is answered with lead single “Pleasure,” which refuses to play to expectation. Much like her last record, Metals, eschewed her reputation as a creator of indie pop smashes like “1234” and “Mushaboom” through a series of moodily atmospheric pieces, Pleasure is yet another progression. The title track is a lusty take on raw, bluesy rock that echoes PJ Harvey at her most mischievous and playful. Similarly, the follow-up single, “Century,” is full of staccato punkish swagger that leads into a rousing and earnest chorus: “Someone who will lead you to someone/Who will lead you to someone/Who will lead you to the one/At the end of the century.” There’s barely time to digest this shift before Jarvis Cocker’s dulcet tones appear, the effect simultaneously humorous and dramatic. But nothing is quite as alarming as the way the song ends: like someone cut the power, lights out. The unceremonious conclusion tells you a lot about the record as a whole and Leslie Feist’s rejection of neat, contented endings. Structurally, Pleasure is consistently surprising, as compositions lead you to expect a certain progression, only to veer wildly in another direction. By comparison, the unabashedly romantic “Any Party” is all the more beguiling for its simplicity. Led by an acoustic guitar played loosely and passionately, she croons “You know I’d leave any party for you/Sugar I got no question it was the right thing to do.” The production is raw, but not in a crude sense; rather, the rounded echo and persistent hiss make it sound like she’s performing these songs in your living room. The lack of polish lends the record intimacy, warmth, and immediacy that make tracks like the heart-sore “I Wish I Didn’t Miss You” all the more affecting. Vocally, Feist has never been in more dexterous form. She delivers the desperate lines “I felt some certainty that you must have died/Because how could I live if you’re still alive” with a disarming intensity; on the beautifully bruised “Baby Be Simple” she sounds exposed like never before via whispered tones. Time and desire weigh heavily on the record. But ruminations on past, present and future are left bereft of narrative closure, for as she sings “A man is not his song/And I’m not a story.” That’s not to say she doesn’t understand longing for tidy summations. The most stirring moment on the record is the call and response between Feist and choir: “The man is not his song/Though we all want to sing along/We all heard those old melodies/Like they’re singing right to me” — within which she reflects the powerful need to make connections, and our attempts to cheat mortality through the permanence of art. Feist has made her sex-and-death record, and in turn she has created her boldest statement yet. It’s messy, confusing, thrilling, and of course, filled with pleasure. ~ Bekki Bemrose