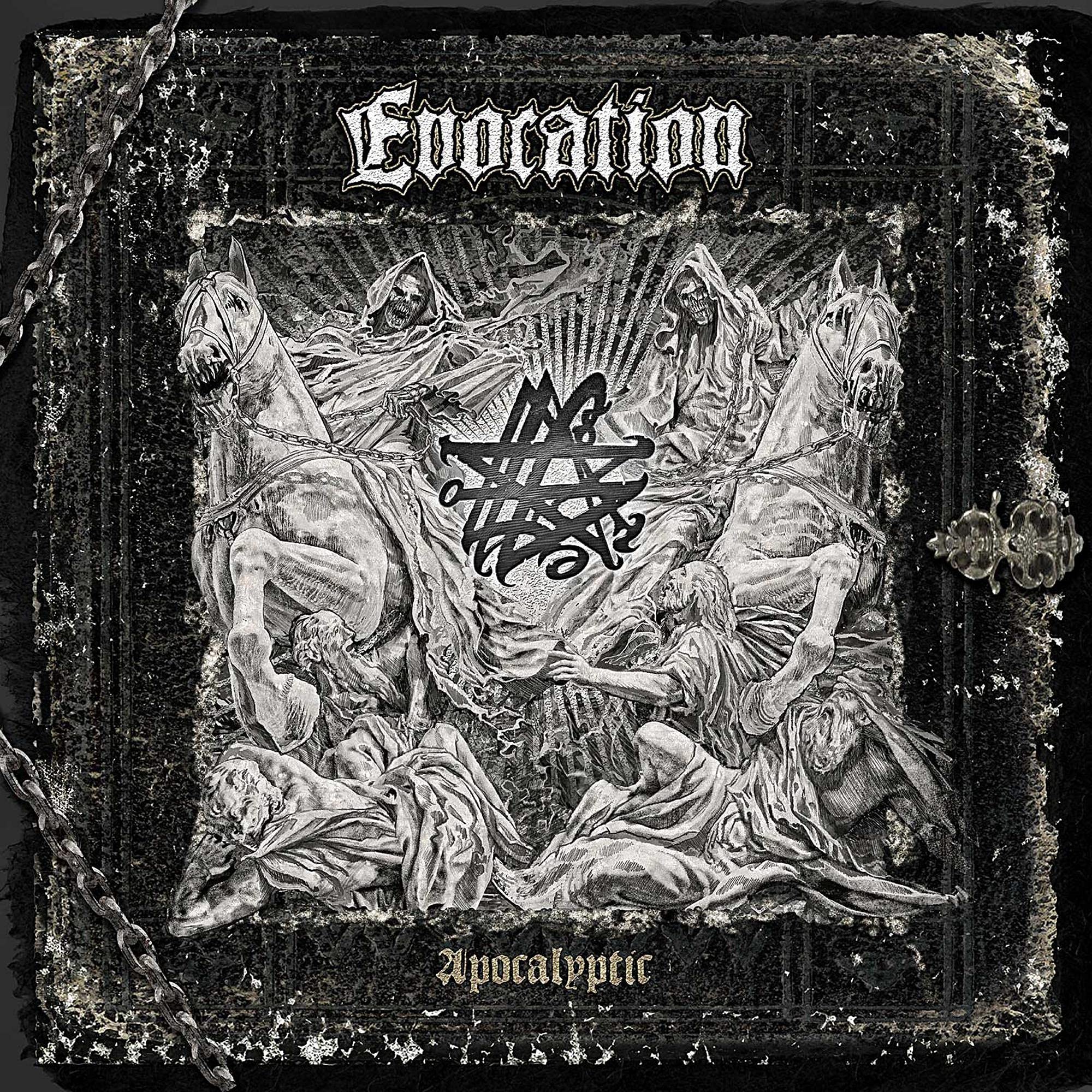 The Swedish Death Metal band EVOCATION was formed in the fall of 1991. In 1992 two demos were recorded. The first one was recorded by demon-producer Tomas Skogsberg in Sunlight Studio and resulted in a three track and intro demo limited to 500 copies titled The Ancient Gate . Skogsberg named EVOCATION as the beast demo band he ever had recorded .

In the beginning of 1993 EVOCATION was considered as one of the most promising Death Metal acts from Sweden, with a unique mix of the Gotheburg and Stockholm Death Metal sound. Despite the fact that several labels contacted the band, EVOCATION was put on ice in the autumn of 1993 until in 2001, when the band was contacted by BREATH OF NIGHT RECORDS (distribution by MERCILESS RECORDS) and in November 2004 EVOCATION returned from the dead as the two demos from the early 90s were released worldwide as a full length, self titled album.

In the summer of 2005 EVOCATION started to rehearse again and during 2006 a new full length album, Tales from the Tomb , was recorded. After having recorded a three track demo in 2006, EVOCATION inked a multi album deal with the German label CYCLONE EMPIRE in the beginning of 2007. In April 2007 the Tales from the Tomb album with artwork by Dan Seagrave saw first daylight and the response was tremendous in European press. The album reached TOP 10 on the soundcheck in both Rock Hard (DE) & Legacy Mag (DE) and was also voted on #4 of Best Album of the Year in 2007 by all journalists on Metal Hammer (DE).

EVOCATION has shared the stage with bands such as Cannibal Corpse, Arch Enemy, Entombed, Sabbat, Satyricon, Testament plus performed on various festivals such as Wacken Open Air (DE), Up From The Ground (DE), Jalometalli Metal Music Festival (FI) etc.