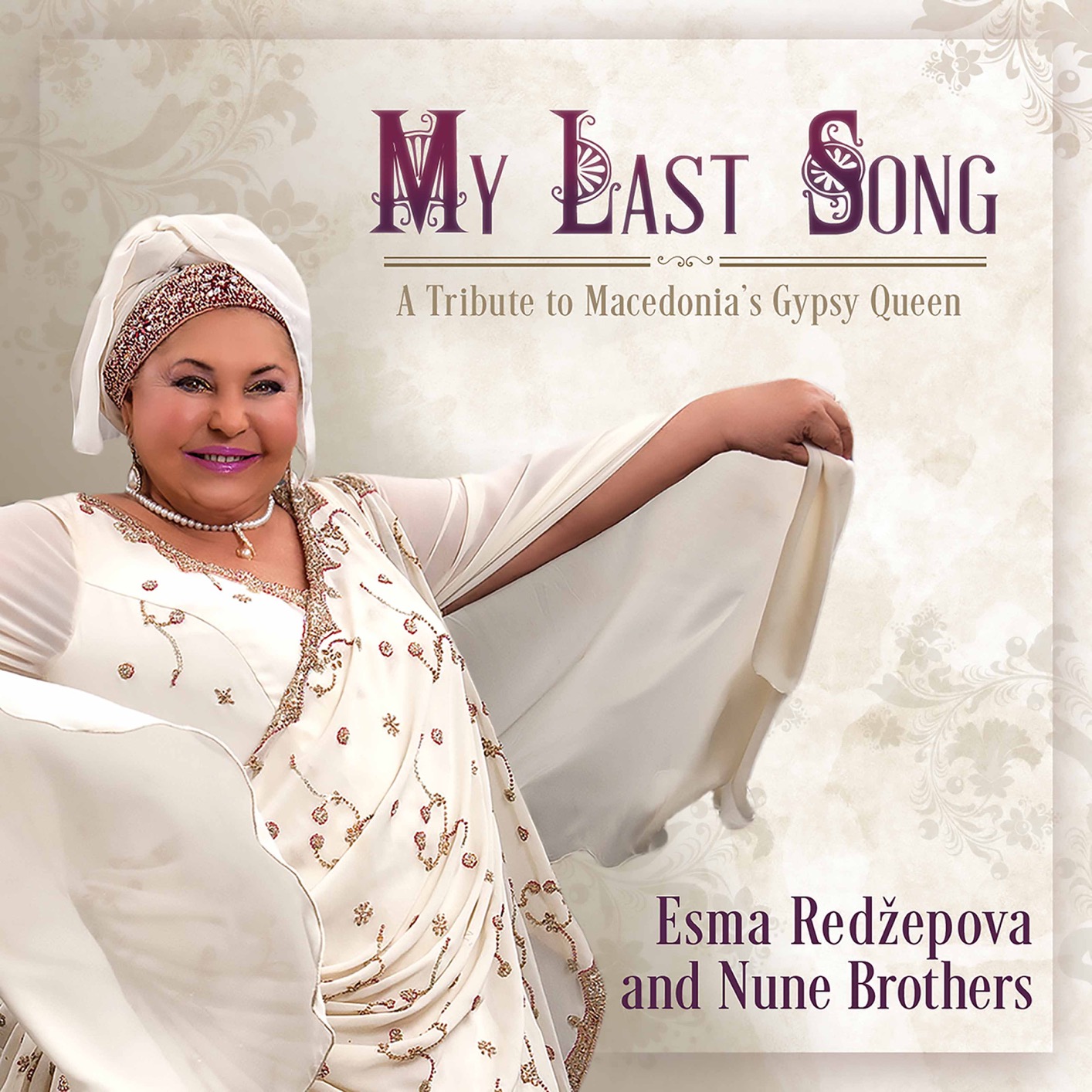 My Last Song is a remarkable document: it contains the final recordings of Esma Redžepova, the Macedonian Roma singer who won worldwide fame as “Queen of the Gypsies”. Here she is backed by young Macedonian band The Nune Brothers – the album was recorded at their studio in Skopje, Macedonia, in the months before Esma’s death. Now Esma has been gone a respectful amount of time, Filip and Rade Nunevski decided the time was right to release these historic recordings, recording four more songs to compliment her six – My Last Song is then Esma’s finale and the international recording debut of The Nune Brothers.

Across her lifetime Esma Redžepova (1943 – 2016) became a living legend of Balkan music. Born into a Roma family in Skopje, Macedonia, her skills as a singer and dancer lead to the Macedonian bandleader Stevo Teodosievski approaching Esma’s father as to the possibility of his gifted daughter joining Teodosievski’s folk ensemble as vocalist. Esma was only 13 years old and her father was initially reluctant, but Esma pleaded – she knew she was destined to sing – and so it was. Anti-Roma prejudice meant many ridiculed Teodosievski, but Stevo realised in Esma a remarkable talent. So began a musical career that would continue for sixty years and see Esma celebrated internationally as “Queen of the Gypsies”. The music Esma made with Stevo – who she would marry and work with until his death from cancer in the 1990s – was often stunning and continues to be listened to today: her early-1960s hit Chaje Shukarije (Romany for ‘pretty girl’ – a song Esma composed as a teen) is now a Balkan standard, and played over the opening credits of the first Borat film.

Esma’s efforts as a humanitarian saw her twice nominated for the Nobel Peace Prize.

Brothers Filip and Rade Nunevski come from a musical family – their father and grandfather were celebrated local musicians – and both boys attended the Musical Academy in Skopje. Esma was introduced to the Nunevskis by her band leader Simeon Atanasov, and invited them to accompany her in what ended up being Esma’s final concerts in 2015 and 2016. This helped bring them to the attention of the Macedonian public and, since then, their band The Nune Brothers has enjoyed great success in Macedonia.

“We were honoured to be on the same stage with Esma Redžepova, and our memories touring the world with her will be a part of us forever.” (Nune Brothers)