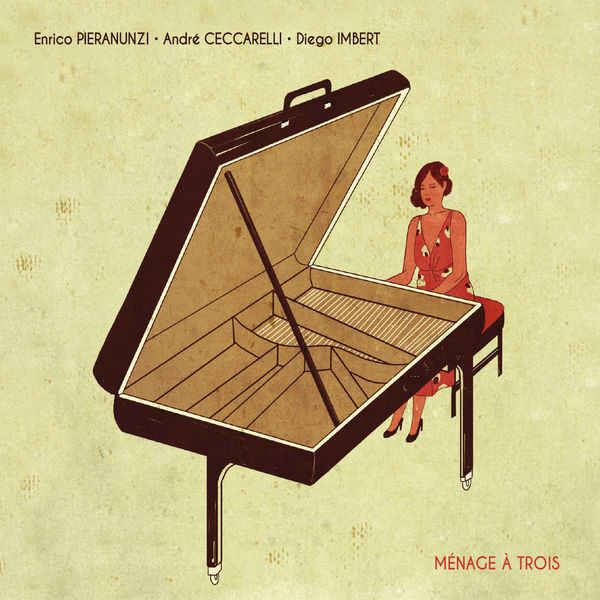 An acclaimed Italian jazz pianist, composer, and educator, Enrico Pieranunzi is known for his virtuosic, classical-influenced technique, nuanced sense of harmony, and elegantly restrained approach to modern post-bop jazz. Influenced heavily by Bill Evans, Pieranunzi emerged in the 1970s leading his own trio, and quickly established himself internationally as an in-demand sideman for such jazz giants as Chet Baker, Lee Konitz, Phil Woods, and others. Along with performing, he is a dedicated teacher, having worked for many years as a full professor at the Conservatorio di Musica in Frosinone. Recognized as one of the foremost Italian jazz artists, he has garnered a handful of awards, including taking home the 1997 Django d’Or as Best European Jazz Musician and winning the 2014 German Echo Jazz Award as Best International Keyboard Artist.

Born in Rome in 1949, Pieranunzi was introduced to classical music and jazz by his father, guitarist Alvaro Pieranunzi. (In addition, his brother is noted classical violinist Gabriele Pieranunzi.) Encouraged to study piano from a young age, he eventually graduated university with a music degree in 1973, and began working as a teacher. However, in 1975 he left his teaching position to focus on leading his jazz trio. He debuted that same year with the album Jazz a Confronto, and followed up with a handful of well-regarded efforts including 1976’s New & Old Jazz Sounds with his father, 1976’s The Day After the Silence, and 1978’s A Long Way.

By the ’80s, Pieranunzi had gained the attention of many touring American artists, including saxophonists Phil Woods and Lee Konitz, flgelhorn player Art Farmer, and bassist Charlie Haden. He also developed a close working relationship with trumpeter/vocalist Chet Baker, a partnership that resulted in several superb albums, including 1980’s Soft Journey and 1987’s Silence, which also showcased Haden. The pianist also released more of his own albums, including pairing with bassist Marc Johnson and drummer Joey Baron for several efforts such as 1984’s New Lands. He went solo on 1985’s What’s What, and joined saxophonist Konitz on 1988’s Solitudes. Pieranunzi capped the decade by appearing on Ennio Morricone’s soundtrack to the acclaimed 1989 film Cinema Paradiso.

More work followed in the ’90s, including dates with Baker, Haden, and Woods, as well as adventurous sessions with trumpeters Enrico Rava and Eric Vloeimans. As a leader, he recorded regularly for Enja, Timeless, and Soul Note, issuing such albums as 1995’s Flux & Change, 1997’s Seaward, and 1998’s Ma l’Amore No. He also gained increasing praise for his work, including taking home the prestigious Django d’Or as the Best European Jazz Musician in 1997. Two years later, he paired with trumpeter Bert Joris for the quintet date Don’t Forget the Poet. A duo session with pianist Bert van den Brink followed in 2000.

He furthered his own work over the next decade, releasing albums like 2001’s Improvised Forms of Trio, 2002’s Play Morricone, and 2003’s Fellini Jazz. He also paired with acclaimed drummer Paul Motian for a handful of albums, including 2004’s Doorways with saxophonist Chris Potter and 2005’s Special Encounter with Haden. Pieranunzi also continued his ongoing association with bassist Johnson and drummer Baron, releasing a steady flow of studio and live sessions, including 2008’s Yellow & Blue Suites and 2009’s Dream Dance. There were also similar efforts with bassist Scott Colley and drummer Antonio Sanchez, such as 2013’s Permutations and 2014’s Stories.