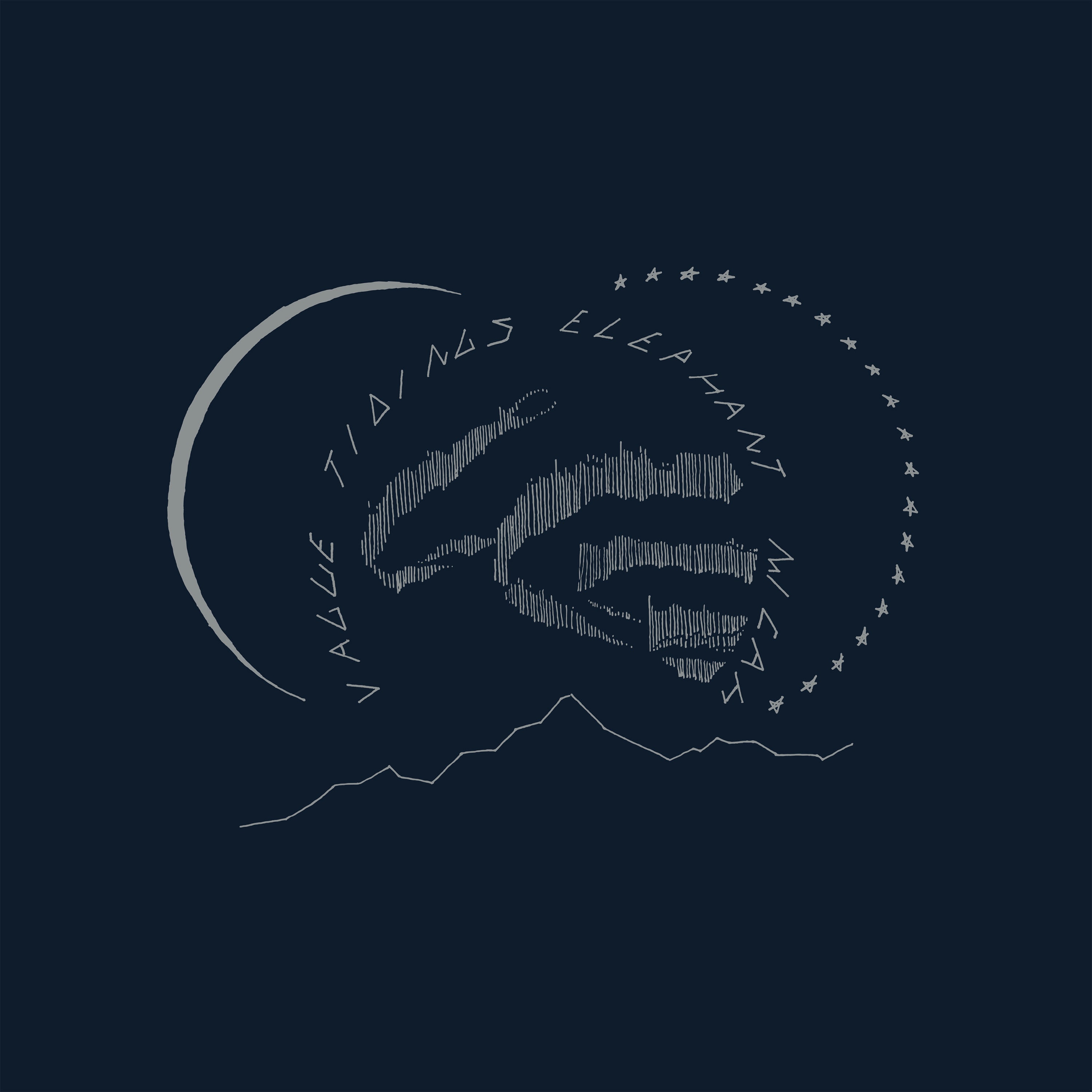 “The raw inspiration for Vague Tidings came from a 2006 DIY tour of the 49th state. It was a trip that went off the beaten path sometimes a bit too far for comfort. Now, over a decade later, listeners find Joe O’Connell aka Elephant Micah stationed at a creaky spinet piano, singing about the Alaskan sky. Throughout, his lyrics take a new angle on a pet theme: human encounters with the natural world. Vague Tidings places these encounters in the American West and, at times, in its sci-fi corollary, outer space. Its imagery draws from the allure of Alaska, the idea of Western prosperity, and the human relationship to wilderness more broadly. Often, O’Connell sings about the goal of capturing and commodifying nature. In poetic sketches of resource extraction industries and dark sky tourism, frontier lust runs amok. Pipelines catch fire and stars disappear, all to the tune of a stark, uncanny Americana.

Vague Tidings is a sustained, hallucinatory rendering of this theme. In style, its eight songs follow a switchback path between foggy incantations and mountain anthems. Made with a small cohort of acoustic instrumentalists, the record is rough hewn, but easy on the ears. To put Vague Tidings down on tape, O’Connell assembled some of his favorite musicians in Raleigh-Durham, North Carolina area, where he’s lived since 2015: Libby Rodenbough (Mipso) bows and plucks a detuned fiddle, Matt Douglas (Mountain Goats) breathes life into various woodwinds, and Matt O’Connell (Lean Year) sets the pace on a two-piece drum set. Their loose, imaginative playing pushes Vague Tidings beyond the singer-songwriter genre into something richer in texture. Ultimately, this is foreboding but spacious music, with plenty of room for reconsidering life on earth.”