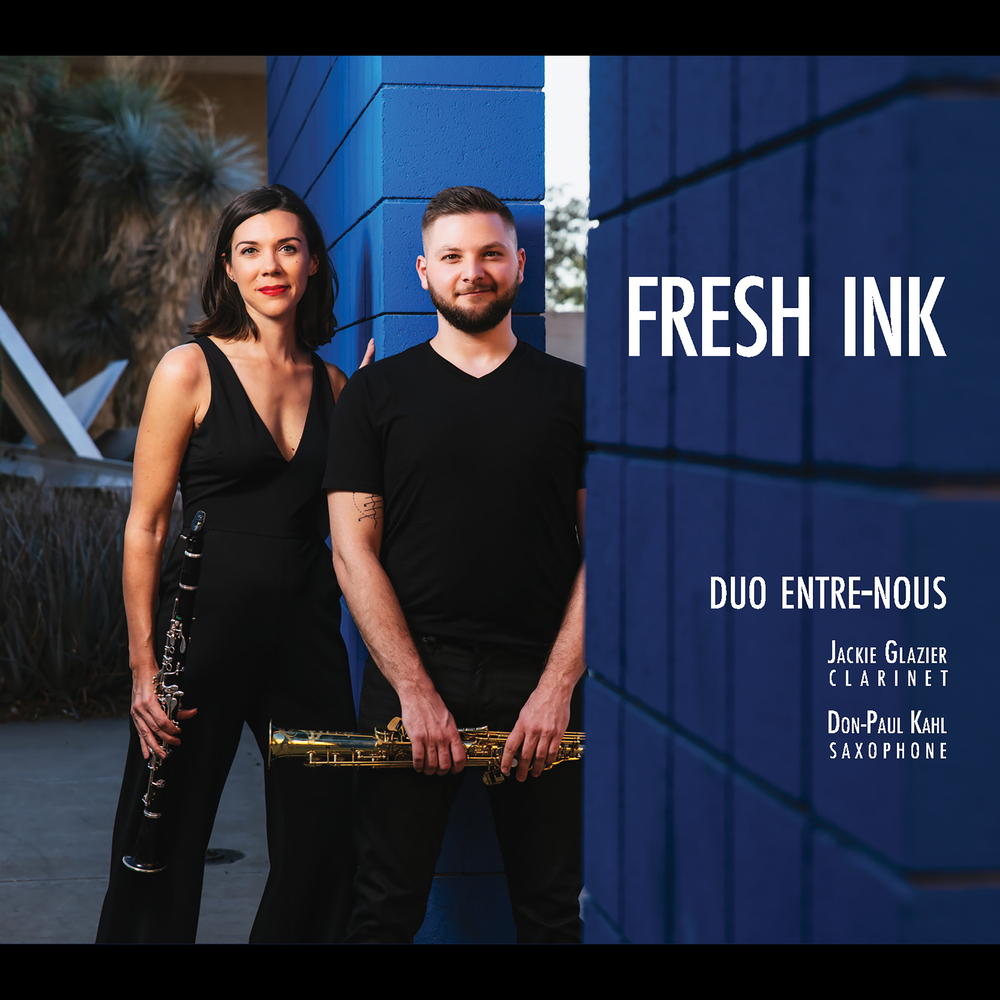 Duo Entre-Nous is a clarinet and saxophone ensemble dedicated to the evolution and continued progression of new music. Formed in 2014 by Jackie Glazier and Don-Paul Kahl, the duo particularly focuses on the performance and commission of a new repertoire for this combination. Thus far the duo has commissioned composers from America, Australia, China, France, and Argentina, garnering new pieces in a variety of different styles. In particular, the duo supports the commissioning of composers from underrepresented groups, seeking to aid the creation and promotion of their works.

The duo can be heard on Gregory Wanamaker’s composer portrait album, “Light and Shadows, Waves and Time,” which was released on Navona Records in 2018. They premiered Scott McAllister’s “Concerto Americana” for clarinet, saxophone, and wind ensemble in 2016 with the University of Florida Wind Symphony, David Waybright conducting. Other notable performances include the World Saxophone Congress in Croatia (2018) and International Clarinet Association Conference in Belgium (2018).

Devoted to music education, the duo is active in teaching positions in the United States and Europe. Additionally, they have given many masterclasses, performances, and lectures at universities and conservatories throughout the US and Europe. Recognized both nationally and internationally, the duo’s mission is to bring excellence in performance and practice to all avenues of their work. Individually, the two members have won major international competitions for clarinet and saxophone, respectively. A long-term goal of the ensemble is to advocate for the unique sounds and artistic merits of the saxophone/clarinet duo and explore its fascinating possibilities.

Duo Entre-Nous is a Vandoren France endorsed artist ensemble, and they proudly perform exclusively on Vandoren mouthpieces and reeds.