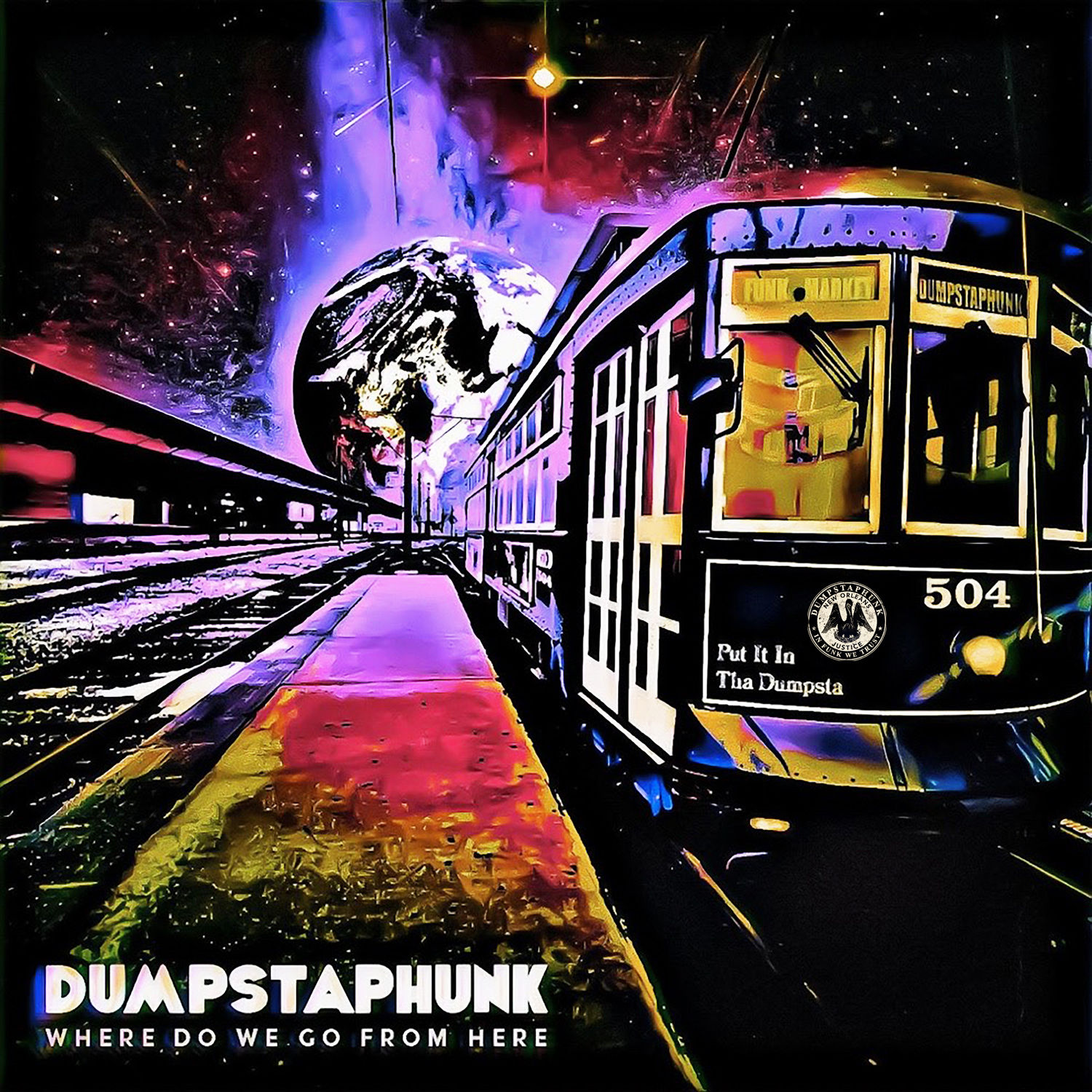 In New Orleans, “groove” can be used as a noun, adjective, verb, or pronoun as well as a universal language, and a religion if you will, understood and aspired to by all. No current NOLA collective understands the concept and the history behind that fraught term better than Dumpstaphunk, led by Ivan and Ian Neville—sons of musical royalty Aaron and Art Neville, respectively—whose sound echos their fathers’ bands The Meters and The Neville Brothers, but amped up for a new century. Known for monster grooves and extended instrumental jams, and inspired by the energy that only crowds can provide, Dumpstaphunk’s recording catalog is dominated by live albums. Where Do We Go From Here, only their third studio collection in nearly 20 years together, has solved the problem of finding intensity without an audience by updating their famous 2017 political statement song, “Justice” (now called “Justice 2020”) and by putting their particular spin on three tunes that are part of the band’s collective musical foundation. An album whose title poses a question relevant not only to the band’s future but also to the state of the planet opens with all its funk rock guns blazing on a storming rendition of Buddy Miles’ “United Nation Stomp” (from his 1973 album Booger Bear), that features guest guitarists Marcus King and Waddy Wachtel. A cover of “Let’s Get At It” by obscure local ’70s funk band Blackmail keeps The Meters bounce alive. And Dumpstaphunk’s version of Sly Stone’s “In Time”—a noted favorite of Miles Davis among others—features drummer Alvin Ford Jr. expertly negotiating the tune’s wickedly complex rhythms. Echoes of horn driven funk from the likes of Average White Band and Tower of Power color the punchy “Itchy Boo.” Sonically, in-your-face volume is emphasized over dynamics throughout, though the levels come down slightly in certain tunes like the dance grooves of “Make It After All” and the throwback slice of Meters-like funk, “Backwash.” The funky spirit of New Orleans’ first family of the groove marches on. – Robert Baird