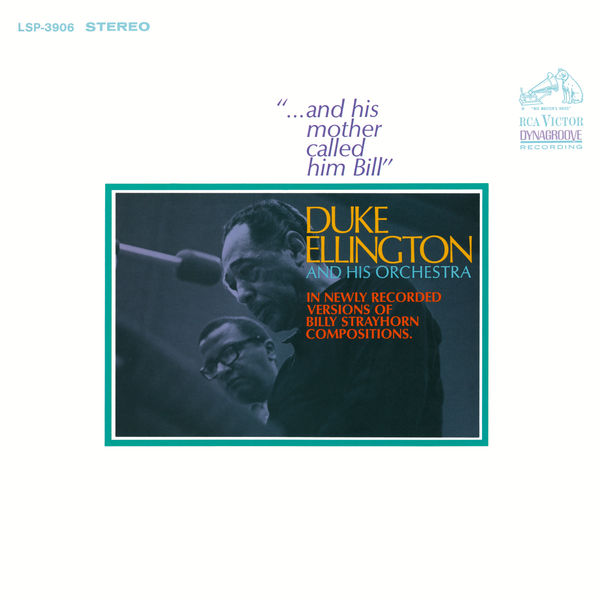 When Billy Strayhorn died of cancer in 1967, Duke Ellington was devastated. His closest friend and arranger had left his life full of music and memories. As a tribute, Ellington and his orchestra almost immediately began recording a tribute to Strayhorn, using the late arranger’s own compositions and charts. The album features well-known and previously unrecorded Strayhorn tunes that showcased his range, versatility, and, above all, the quality that Ellington admired him most for: his sensitivity to all of the timbral, tonal, and color possibilities an orchestra could bring to a piece of music. The set opens with a vehicle for Johnny Hodges called “Snibor,” written in 1949. A loose blues tune, its intervals showcase Hodges against a stinging I-IV-V backdrop and turnaround, with a sweeping set of colors in the brass section before Cootie Williams takes a break and hands it back to Hodges to take out. The melancholy “Blood Count” was written in 1967 for the band’s Carnegie Hall concert. It proved to be his final composition and chart. Hodges again gets the call and blows deep, low, and full of sadness and even anger. The music is moody, poignant, and full of poise, expressing a wide range of feelings as memories from different periods in the composers’ and bandleaders’ collective careers. Given all the works Strayhorn composed, this one — with its muted trumpet section set in fours against Hodges’ blues wailing — is both wistful and chilling. Also included here is a remake of 1951’s “Rock Skippin’ at the Blue Note,” in a spicy, funky version with a shimmering cymbal ride from Sam Woodyard and a punched up, bleating Cootie Williams solo as well as one from Jimmy Hamilton on clarinet, smoothing out the harmonic edges of the brass section (which features a ringing break from John Sanders). In cut time, the tune shuffles in the groove with Ellington accenting on every eight as the brass and reeds mix it up joyously. There are two versions of “Lotus Blossom.” Ellington claimed it was the piece Strayhorn most liked to hear him play. The LP version is a quiet, restrained, meditative rendition played solo by Ellington, with the most subtle and yet emotional nuances he ever presented on a recording as a pianist. Finally, closing the album is a bonus track, a trio version played in a whispering tone with only baritone saxophonist Harry Carney and bassist Aaron Bell accompanying Ellington. The piece was supposedly recorded as the band was packing up to leave. Its informality and soulful verve feel like they are an afterthought, an unwillingness to completely let go, a eulogy whose final words are questions, elegantly stated and met with only the echo of their last vibrations ringing in an empty room, full of wondering, longing, and helplessness, but above all the point of the questions themselves: “Is this enough?” or “Can there ever be enough to pay an adequate tribute to this man?” They are interesting questions, because only five years later we would all be saying the same thing about Ellington. For a man who issued well over 300 albums, this set is among his most profoundly felt and very finest recorded moments. – Thom Jurek