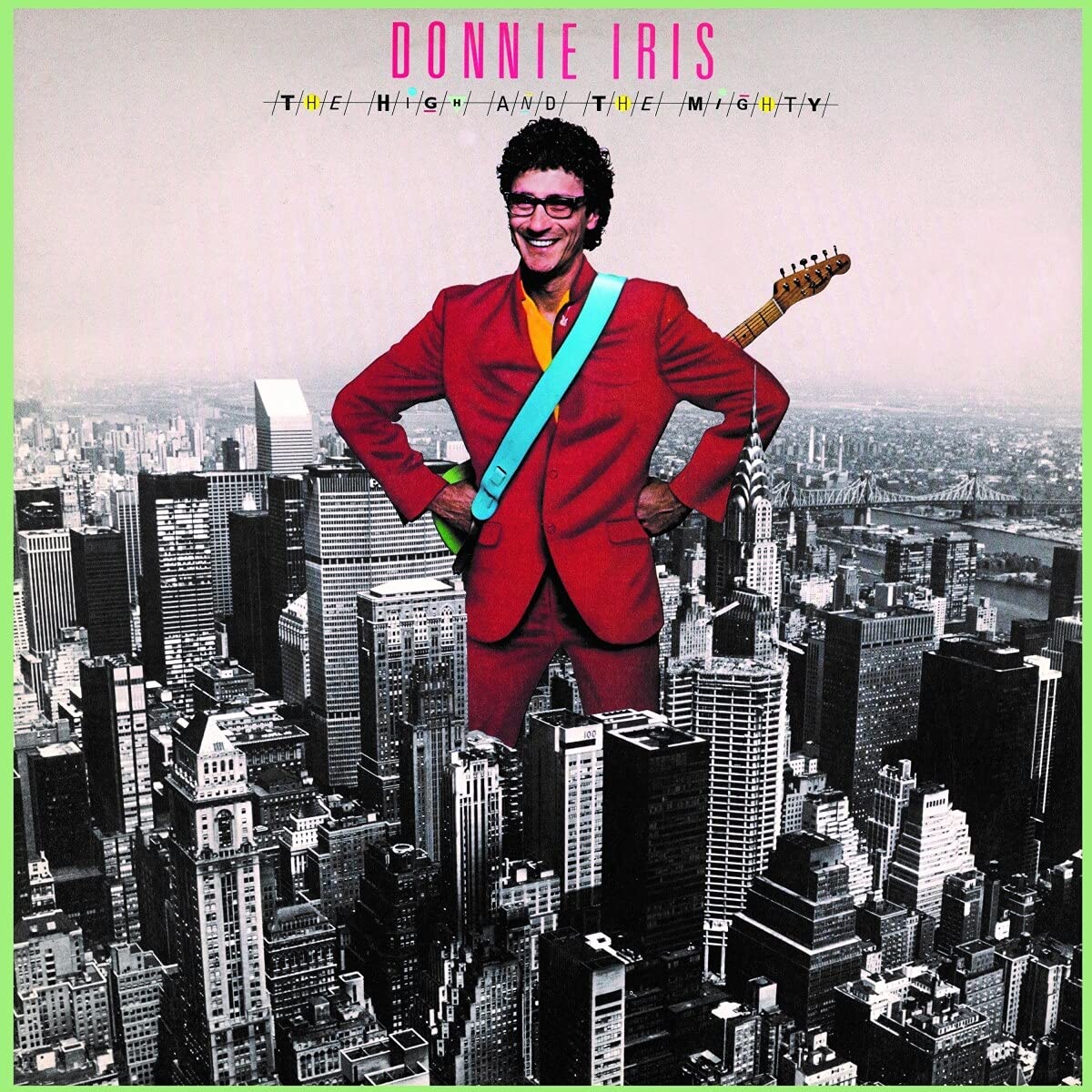 Fully Remastered Audio / Donnie & The Cruisers grow in stature for album #3 / Produced by Mark Avsec / Includes ‘I Wanna Tell Her’, ‘Tough World’ & ‘Parallel Time’, plus Bonus Live Track / 12 page full-colour booklet, 2,500 word essay with new band interviews & enhanced artwork – DESPITE CHALKING up a bona Fide hit single with ‘Ah Leah!’, and an exceptional debut album, Donnie Iris And The Cruisers career had not exactly exploded to superstar status. This despite a distinctly excellent follow-up album, ‘King Cool’, rammed with potential hit singles that were presented in a luscious style with hints of classic old school rock but blessed with a smooth AOR sheen. Not shrinking from their duty, MCA gave Donnie And The Cruisers their blessing to advance to a third album, the aptly titled ‘The High And The Mighty’ a record that brought Donnie and the band’s music more into focus than ever. Recorded, once again, at a local studio in Pennsylvania, the album continued to mine their musical path with ease. But it wasn’t without hiccups as at one point they noticed that the master tape was beginning to shred in the tape machine. This was due to a manufacturing fault so confronted by the horror of losing their recorded work the band moved to a New York studio with the technology to fix the problem. Thankfully, all was not lost and the record was completed without further issue. Unfortunately, ‘The High And The Mighty’ failed to resuscitate their career to the heights of their debut album. Despite a concerted effort, with another batch of stellar songs including ‘I Wanna Tell Her’, ‘Tough World’, ‘Parallel Time’ and ‘Love Is Magic’, there was no breakthrough single and the album stalled at the lower end of the Billboard chart. The bottom line was that the music and songwriting had not suffered. Indeed, the album remains another essential brick in the Cruisers wall of excellence.