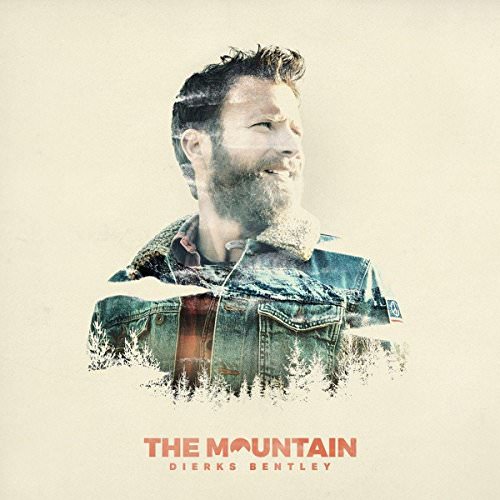 As a title, The Mountain can’t help but convey the great outdoors, which is surely Dierks Bentley’s intention. Last time he delivered an album, it was Black, a sleek and urban 2016 affair that found the singer/songwriter beginning to come to grips with an encroaching middle age, and while it was a commercial and artistic success, it was decidedly a city album. The Mountain isn’t. It’s still a smooth, professional affair — it was produced in part by Ross Copperman, who helmed Black — but the imagery plays upon the outdoors and the West, enough to suggest this was a deliberate move on Bentley’s part. If that wasn’t enough of a hint, the country singer brought in Jon Randall, his collaborator on the 2010 bluegrass album Up on the Ridge, to produce the part of The Mountain that Copperman didn’t, signaling how Dierks intends to bridge the gap between his city and country sides. He’s successful, because he winds up with a cunning and subtle blend of his craftmanship, country roots, and expansive musical interests. Bentley avoids both the humor and boozing that characterized his hits of the first half of the 2010s, choosing to pepper his songs of gratitude and love with earnest passion and telling little details (he falls in love on the L Train on “My Religion”). Generally, The Mountain is so skillful and polished, the songs glide by without effort, so it takes a little close listening to realize how well crafted the individual songs are, and how they combine together to make one of Bentley’s best records.