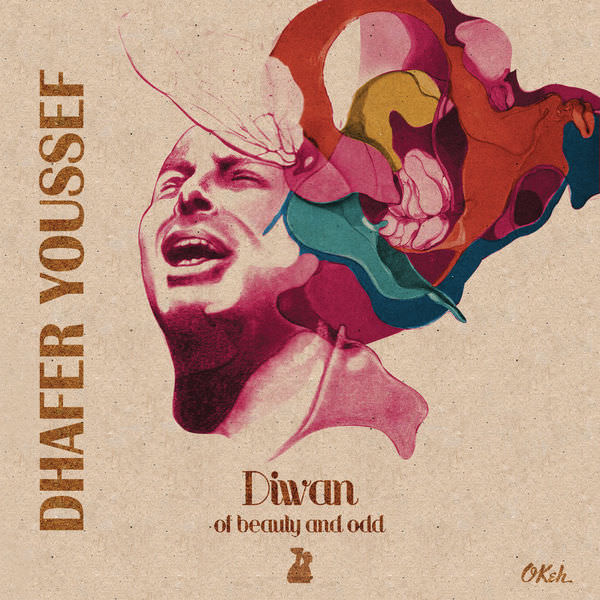 The Tunisian singer and oud-player Dhafer Youssef once said quite spontaneously “There is no prototype for beauty”. This disarmingly unconditional statement is in fact sufficient to sum up the motivation and sound of his new album Diwan Of Beauty & Odd.

Anyone who has ever had the opportunity to savour the Tunisian’s passionate, yet peacefully dreamy soundscapes will on this album instantly recognise his temperament and instinctive feel for transcending musical boundaries. As Youssef’s voice soars to increasingly lofty heights, all earthly things are left behind. Unlike most other musicians, who are tempted to keep adapting their music in accordance with the changing currents of the times, his idiom is strictly consistent; only the content of his idiom is variable and brought into line with the ever-changing backdrop against which the music is set. Had it been released five years earlier, the same album might well have had a completely different effect to that felt today, now that beauty, hope and steadfast optimism seem to be receding ever further from our everyday lives.

Dhafer Youssef runs counter to past practice: the positive energy inherent in his songs now beams far more brightly than ever before. He sees music as an elixir of life, a religion but not in any obscure, esoteric sense of the word. For him it is a tried and tested means of granting people (regardless of their socialisation, ethnicity or convictions) a gift that they would otherwise never have. “There are no barriers as far as I’m concerned,” he exclaims in a mix of inner cheerfulness and visionary seriousness. “Music is transparent. Music allows everything that previously felt stiff and impenetrable to become permeable, soft and lighter. We live in an age of contrasts that keep emerging ever more sharply. It does not bother anyone if a politician holds one opinion today and says the complete opposite tomorrow. My music and the title of this album are intended to point out contrasts and thereby resolve them. The beautiful and the ugly, the good and the bad, the ingenious and the stupid. But no matter what happens, I can always return to music, as can most other people. This is why I make this music.”

The main contrast on Youssef’s album draws on differing perceptions of “beauty”, ideas that are at odds with one another and clearly set apart. After all, what one person finds beautiful may be perceived in a completely different light by someone else. “Only those who have seen ugliness can appreciate beauty,” declares Youssef with the wisdom of a thousand-year old philosopher. “Odd metres can be played by anyone nowadays. It is just a question of practice. However, the challenge is to use these odd metres to produce beautiful sounds that can be enjoyed not just by experienced musicians but by everyone.”