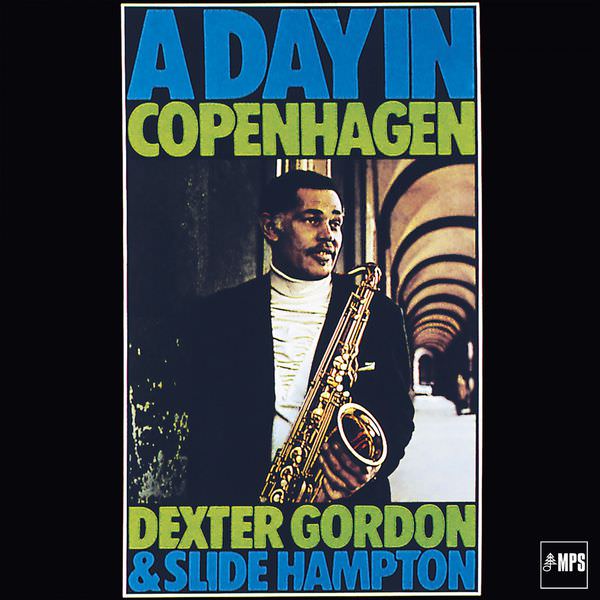 With his big, warm, round-toned sound, sophisticated phrasing, and hip quotes, Dexter Gordon was one of the major forces on the tenor saxophone from the mid-1940’s until his death in1990. Gordon was cited by both Sonny Rollins and John Coltrane as a major influence on their playing. Dexter moved to Europe in the early 1960’s, settling in Copenhagen, Denmark. During this period, he usually played and recorded backed by a piano trio, so, with two horns joining him, this album is special. One of the great modern jazz trombonists, Slide Hampton is also a composer/arranger of note. Three of the compositions and all of the arrangements on the album are his. The classy Jamaican trumpeter Dizzy Reese completes the front line. The rhythm section includes two jazz giants with whom Gordon played at Copenhagen’s famous Club Montmartre, fellow American expatriate pianist Kenny Drew and Danish bassist N-H rsted Peterson. Drummer Art Taylor was brought in from Paris to complete the all-star rhythm section. Slide’s minor My Blues starts off the set with a bright, upbeat Dex showing he had been listening to Trane and Rollins as much as they had been to him. Everyone gets a chance to blow on this one. Normally a ballad, You Don’t Know What Love Is glides along at a medium clip; Slide states his intention was to keep the feeling that Billy Holliday and Miles Davis had in their versions. Hampton’s New Thing is actually straight-ahead hard-bop, with Dexter once again shinning out front. On What’s New, Slide changes what is normally a ballad into something special; this time a medium-tempo 12/8 with some beautiful solos by all three horns. Dexter reserves The Shadow of Your Smile for himself and the trio, giving the ballad a breathtakingly lush rendition. The set ends with A Day In Vienna, Slide’s richly voiced tribute to the Austrian Radio’s Jazz Workshop. All Music calls the album an “…excellent sextet session. The other soloists are fine but Gordon easily dominates the set.” An outstanding album by one of jazz’s great tenor saxophonists.