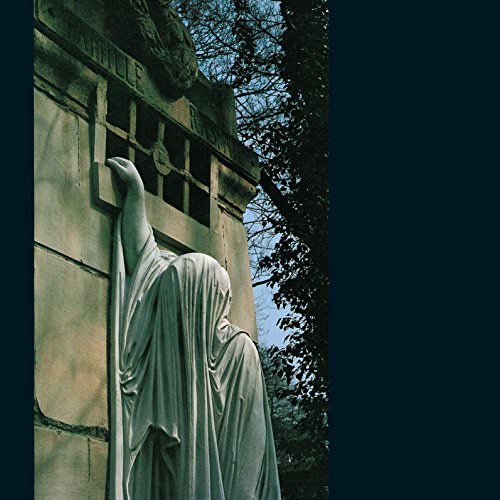 WITHIN THE REALM OF A DYING SUN sees Dead Can Dance utilizing both string and brass instruments more than they had previously, which gives the music an organic feel. Though some synthesized effects are still present, the floating, ethereal effect that the tracks inspire is based almost entirely on the cavernous echoes that DCD incorporates into its music and on the vocals of Brendan Perry and Lisa Gerrard, who sings four songs to Perry’s three (the other is a short instrumental). On “Xavier,” Perry’s voice rises and falls amid a forest of strings, augmented by an occasional, distant trumpet. “Dawn of the Iconoclast” opens with a series of triumphal blasts and spare drum rolls, and soon settles into a sustained chord over which Lisa Gerrard’s voice (tracked at least three times) weaves back and forth, before eventually ending on a swelling synthesized note. “Cantara” is arguably the best track here–built over a repeated hurdy-gurdy riff, at nearly the two-minute mark it introduces a percussive rhythm over which Gerrard intones what seem to be nonsense syllables–the whole thing comes out suggesting a village dance from the time of King Arthur and company. –Muze