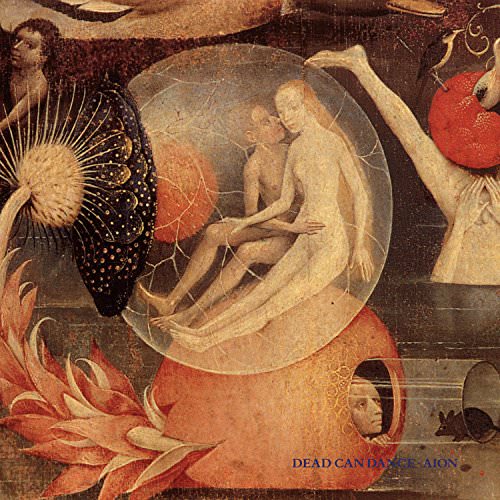 The music of Dead Can Dance has long been a favorite of the “Goth” crowd; however, AION is really the first one of the band’s records that can actually be called Gothic in the classic, renaissance sense. Arguably Dead Can Dance’s most successful record, it contains the band’s most consistent set of songs since SPLEEN AND IDEAL. Widening their view to encompass more of the ancient world than with earlier records, Dead Can Dance explore styles from Northern Europe (“The Song of the Sibyl”) to the Middle East (“Radharc”), with stops along the way at a number of other surprising locations. The fact that it is based on a 16th-century Catalan chant notwithstanding, portions of “The Song of the Sibyl” are eerily reminiscent of the experimental side of David Bowie’s LOW. Standouts include “Saltarello,” which was adapted from a 14th-century Italian dance and played on bagpipes, drums, and tambourine; “Fortune Presents Gifts Not According to the Book,” where even Brendan Perry’s English-language vocals sound ancient; and “Wilderness,” an a cappella song with a multi-tracked vocal by Lisa Gerrard. AION makes for great late-night listening, though it is the kind of music that is barbed enough to demand your attention. –Muze