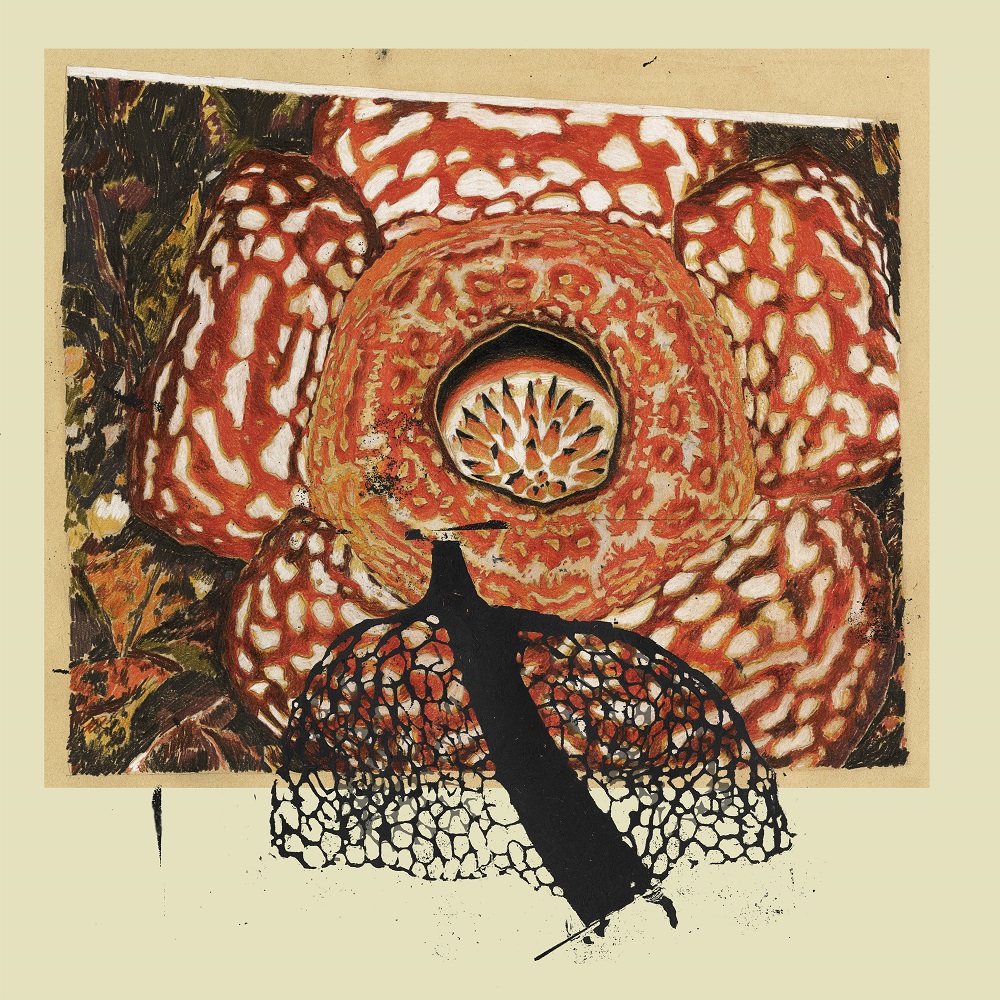 Maestro melodist Christophe Petchanatz (aka Klimperei) and all around music fanatic David Fenech engage remotely in a repetitive exchange of recordings and overdubs on their debut album titled ‘Rainbow de Nuit’, sporadically spanning over the last decade. Evocations of experimental and improvised jazz, chansonesque songs, bluesy folk, and outsider music undulate harmoniously across the record. From music boxes and walkie-talkies down to plastic straws, plucking various stringed instruments such as the charrango and banjo, kazoos and snake-charmer ocarina and flutes, all the way through the sweet accordion and melodica, found and traditional tuned percussion – there is far from a shortage of sound sources on this freakishly inviting record. What germinates as an imaginative and emotional chord progression played by Klimperei, evolves with Fenech layering additional recordings, which would then find their way back home to Klimperei yet again, and so on, and so forth. This recursive compositional and improvisational loop, combined with Fenech’s musique-concrete-like mixing and editing techniques, transforms the acoustic recordings by way of compression, saturation, and reverberation or simple pitch changes – resulting in the duo’s recordings seemingly sound like they may very well be an octet in real time. While the majority of the recordings have been ping-ponged remotely, David and Christophe unite under one roof to record the closing track of the album.

The pieces presented on ‘Rainbow de Nuit’ treat the ears to a carousel ride waltzing through a multiverse made up of surrealist puppet theaters, dramatic film noir act changes, and a mosaic of polyphonic instruments and toys alike. In other words, a score to a fable brought to life with haunting yet charming melodies and occasional hallucinatory voices reminiscent of laughter and infantile epiphanies which we hear on Tarzan en Tasmanie and Madrigal for Lola. This is taken a step further by Fenech, to a brief libretto of incomprehensible tongues on Pocarina. Amid the mysterious and dark (Septième Ciel and Rugit Le Coeur) also lies tender and simple compositions (Rainbow de Nuit and Chevalier Gambette), murky suspenseful melancholy (Levy Attend and Eno Ennio), and casually slipping into pensive psychedelic backdrops (Un Cercueil à Deux Places) – forming a colorful blend of sounds. A world of echoes. A tale of tales. One persistent earworm that you’ll likely be whistling and humming along to on a first listen.