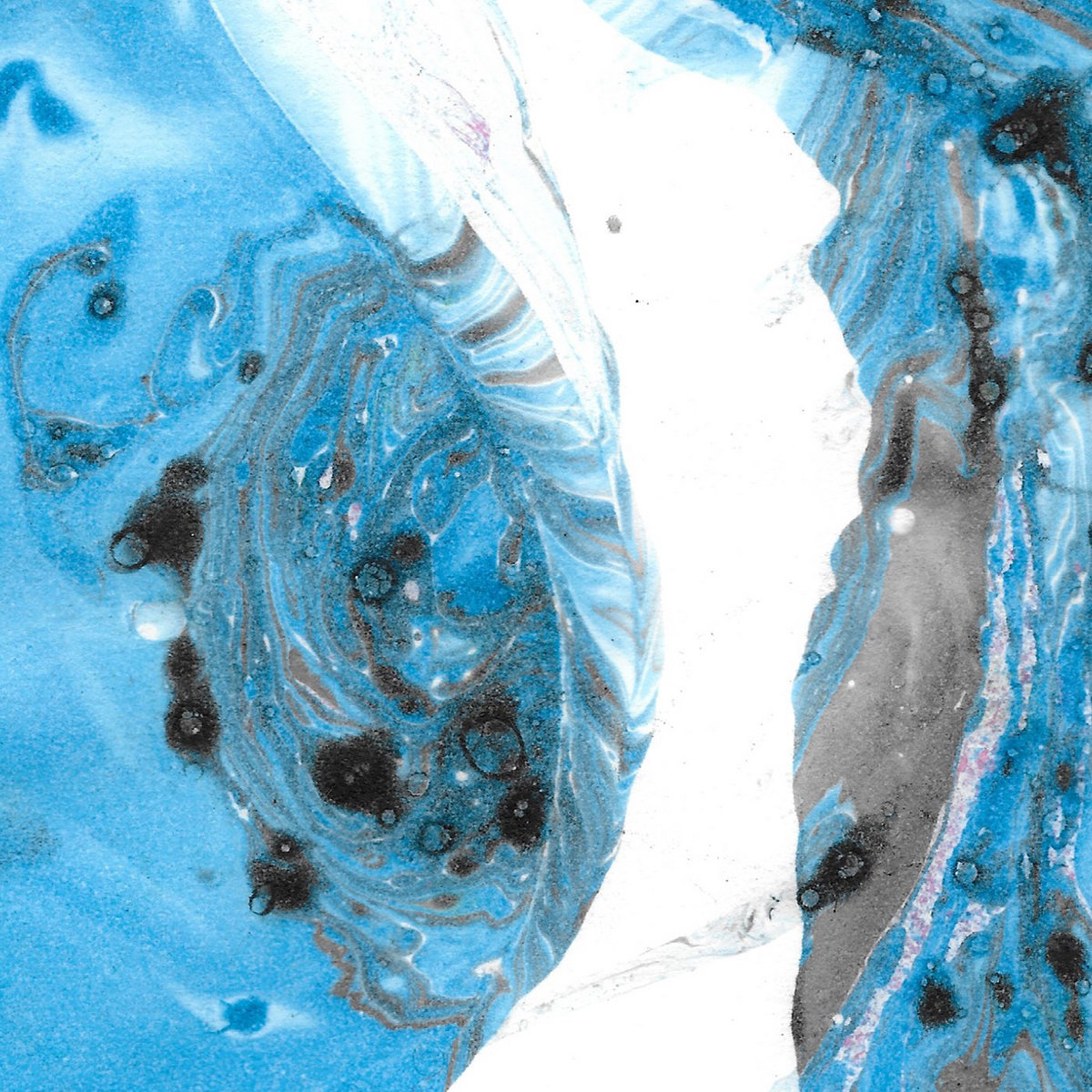 ‘Exercise’ opens with a deep breath of a drone, cracking the seal of a window as you take in the day’s ﬁrst breeze. As the diaphragm of the drone rises and falls, the ﬁrst of many lasting guitar structures on ‘Exercise’ cycles around a chiming piano. The piano motif embodies the nature of Vettraino’s process making ‘Exercise’; played and recorded during an idle moment at Jamdek Studios, it’s these usually inconsequential minutes, not redeemable for much more than a dead-eyed stare, that Vettraino has threaded into a cohesive musical drift. ‘Morning Music’ is a term I’ve heard Dave use dozens of times over the years; both to describe his A.M. listening routines of John Fahey, North Americans, Alice Coltrane, and Natural Information Society, but also how he described his vision for this set of recordings at least a year before he began to write and record ‘Exercise’ in September 2018. More than matching the music to a particular time of day, which he admits he strayed away from as the record went on, he said the project was “ﬁguring out how to make harmonically still or droney music without overdeveloping it”. Recorded over three separate periods before ﬁnishing this April amongst a predictable void of sessions, Vettraino chose ‘Exercise’ as a literal title and a jab at himself, showing the calm and humility central to his character.

Around 2013, Vettraino started inviting Chicago musicians to his home studio, known as the Public House, for a monthly singles series. Two songs, put up digitally every month, for a little over a year, and the sessions were free. The singles became some of the ﬁrst recordings for now veteran and familiar bands Ne-Hi, Melkbelly, Deeper, Dehd, and The Hecks, and Vettraino was quickly on a short list of engineers in a new generation of the Chicago music scene.

While working on The Hecks self-titled debut in 2015, he joined the band, adding a technical and innovative two guitar attack to the songs of the hooky noise duo. In addition to work-ing on records by Melkbelly, Lala Lala, and The Hecks, he’s credited on many Fire Talk releases over the years, including Earring’s ‘Tunn Star’, both full-lengths by Deeper, mixing Dehd’s ‘Flower of Devotion’, and mastering Fran’s ‘A Private Picture’. Over the years, Vettraino has worked the boards for a host of acclaimed releases by progressive and jazz focused label International Anthem: Jaimie Branch’s Fly or Die, Resavoir, and recording Makaya McCraven over multiple continents, collaborations, and records.

Like fellow engineer/musician Jim O’Rourke, Vettraino likes to ﬁnd his way into ideas that are neither staying nor going. While a lot of ‘Exercise’ started with guitar parts inﬂuenced by Fahey and even O’Rourke’s American primitive guitar style, the end result is closest to O’Rourke’s ‘Eureka’ opus “Prelude to 110 or 220/Women of the World”. On “Skies”, guitars beat steady bass notes as the melody is harmonized subtly, percussive notes touch the right speaker before a string slide tempers on the left. The earthy, cyclical guitar leads on the ﬁrst half of the record are typical of what he would bring into the studio, just enough to enlist the help of his mother Sara Vettraino, drummer Phil Sudderberg (Spirits Having Fun, Wei Zhongle) or Vivian McConnell (VV Lightbody, Grandkids). “If I had ﬁnished it back then, it would’ve all sounded like ‘Skies’, but the time between let me explore all these diﬀerent ideas over time,” he says.

The record evolves from the acoustic, chimey, harmonic, opener ‘Morning Music’ to a second half where the background elements, the viola, the synths, start to take up more space. You forget about the guitar, you forget where the piece started. Time is disrupted. And as you’re led to with no words to ground you, you might even believe you’re projecting a tension upon music which is immune to your niche anxieties, your faulted rhythms. As you’re ﬁghting what might be another projection, the droning cacophony of “Near” breaks free to the epiphany of “Today Still Goes On”, a formless grip of beautiful dissonance. The viola drones played by Dave’s mother, turned into cassette loops, then processed by Vettraino in downtime during a family vacation—can no longer be held at bay; and like so many anxieties, once con-fronted, they simply fade away.

What follows is the ‘Another Green World’ meditation “Crossing”, whose hanging synths and shimmering chords glide weightlessly through a vacuum of time, as McConnell’s modiﬁed ﬂute drones saw and soar as if seen through distant heat rays. Closer “Stable St.” rids all bur-dens and moves relentlessly forward, bright and elastic guitars trading ecstatic riﬀs. It’s no surprise that “Stable St.” is a song Vettraino was stuck on for ages, unsatisﬁed, until the multi-lead euphoria came to him and was tracked immediately. The chords don’t change, but every weaving of the guitars hopes to catch you at the crown of a breath, for once free of the past or the future.