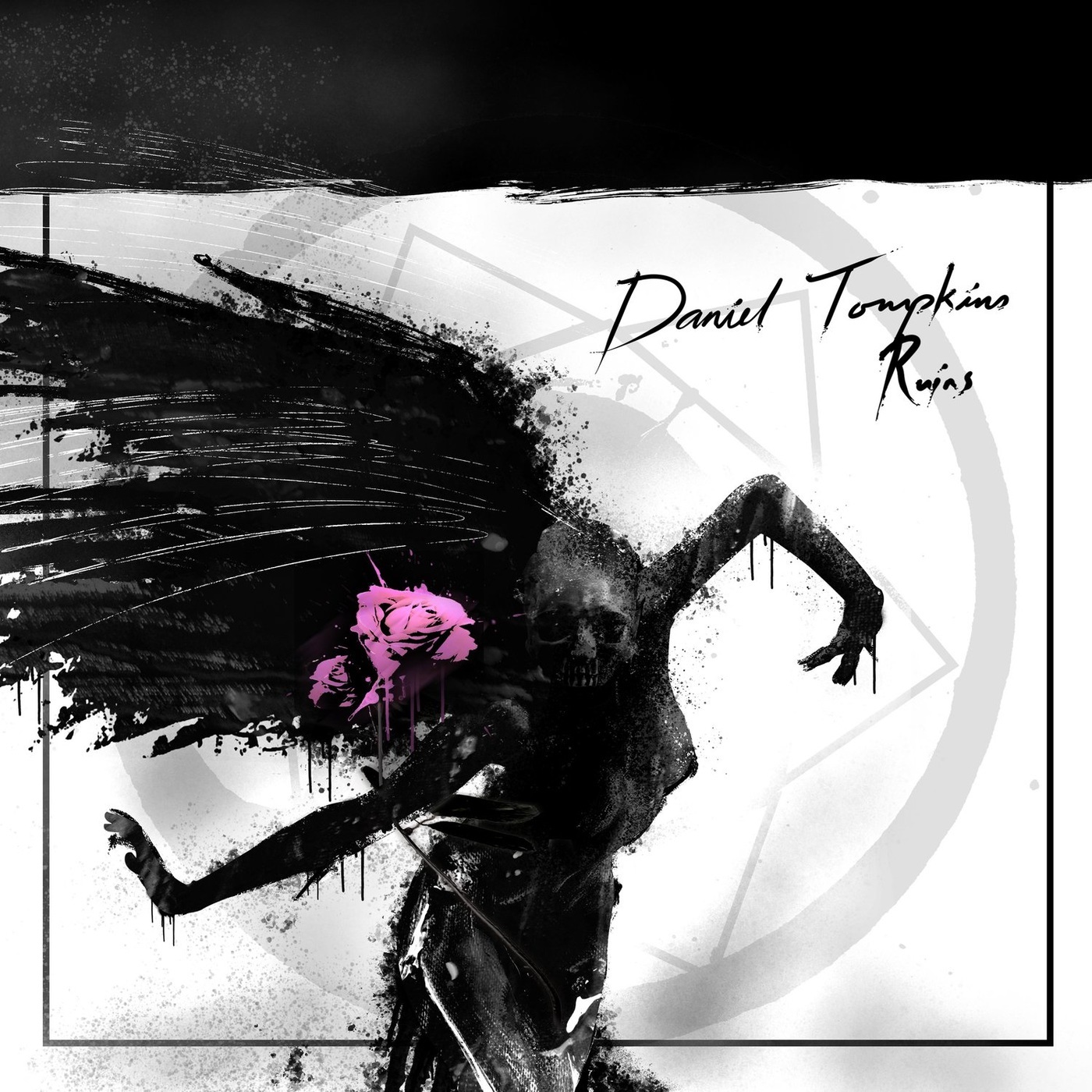 This is a concept that is both quirky and original: and at the end of the day, it could also seem like it’s too good to be true. Yet it is this razor-finely-balanced artistic choice that makes this album by Daniel Tompkins so attractive. In 2019, the Tesseract singer released his first solo record, Castles, in a much more electro-poppy vein than the normal output of his band, which was decidedly oriented towards progressive metal. This offered fans the chance to discover a synthetic, airy world, whose songs evoke the atmospheres which were developed by Zeta, another Tompkins project which was marked by synthwave with its roots in the 80s. It took less than a year for the singer to start work on the sequel. Finally, the next instalment… or rather, the complement. Because Ruins is more of a variation than a new episode of the adventures of the vocalist and his collaborators. These are reinterpretations of the songs from Castles, in a darker, more electric spirit, which right away lends a rock tone to the original material. Like the arrangements, the names of the songs have been changed. Thus, Black The Sun became Wounded Wings, Cinders was renamed Stains of Betrayal, Telegraph is now A Dark Kind of Angel… Ruins is a record whose interest lies as much in the rediscovery of these pieces as in the little game of spot the difference, which invites the listener to revisit Castles, to better appreciate the work that went into it. Only one unreleased single is slipped into the album: The Gift, in which Matt Heafy, leader of Trivium, strikes a balance between electronics on the one hand, and, on the other, djent-drenched guitars supported by screaming vocals which remind us that this record is intended to be more metal than its predecessor. Above all, the cosmetic changes in the original versions sow the seeds of doubt. If one understands the purely artistic interest of this step, and Tompkins’ desire to have fun with his own compositions, the end result tends to show Ruins as being much closer to a Tesseract album, whereas Castles moved a little further away from their repertoire. But can we hold that against this new release? No, for the simple reason that it contains songs that are always so beautiful, and which draw such intensity from the addition of more complex rhythms and saturated sounds, without ever distorting the deep nature of these compositions. This is a real tour de force that allows the singer to make his devilishly clever mark a second time. Even when reinterpreting his own tracks, he is serving up more surprises than a simple remix or an unplugged version. And that is the talent of Daniel Tompkins. – Chief Brody