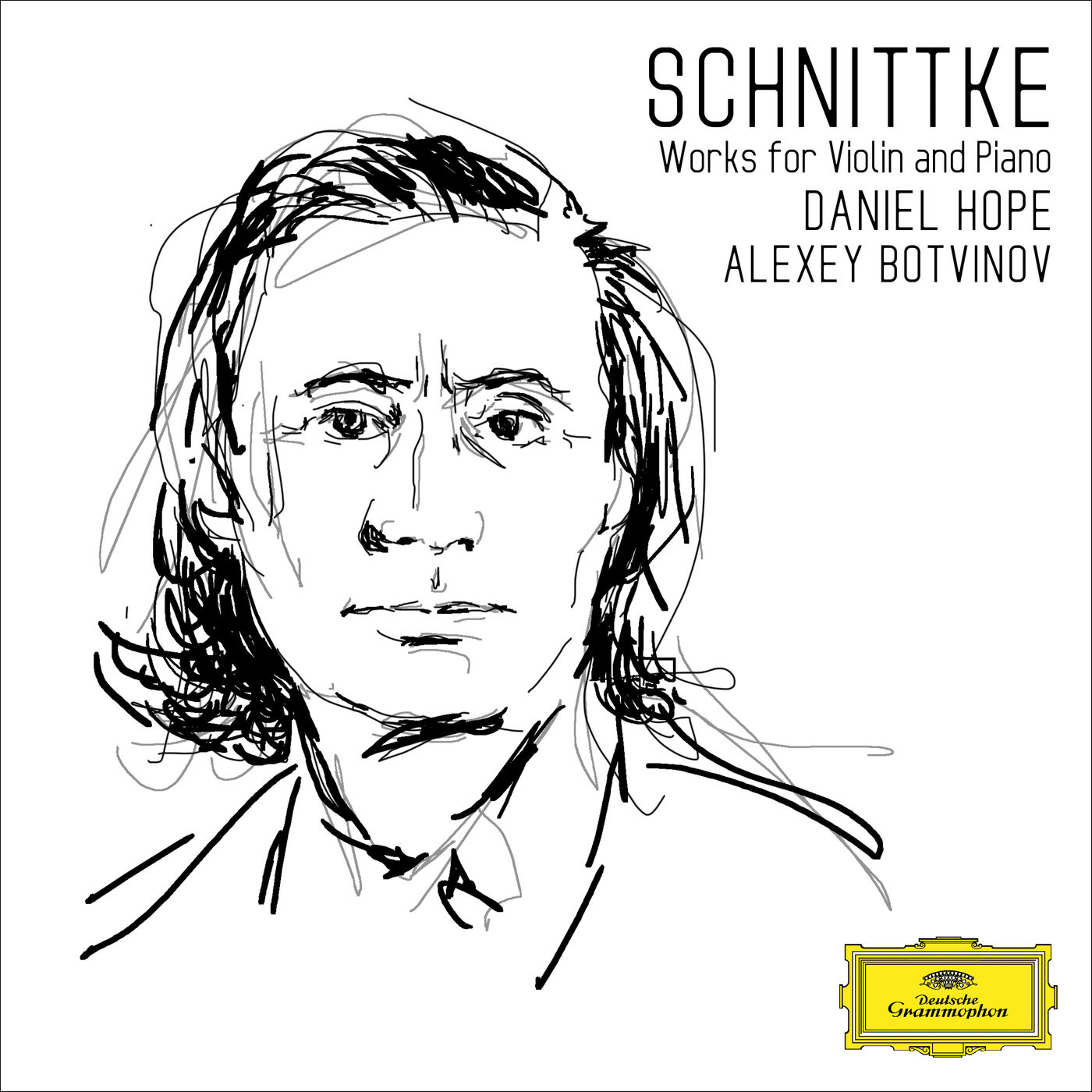 “In the summer of 1989, when I was 15, my `love affair’ with Alfred Schnittke’s music began”, recalls Daniel Hope. 3 years later the violinist became acquainted with the composer, studying with & performing for Schnittke many of his works over the next years. “A little more than 20 years after his death, I decided it was time to revisit his music & to pay a recorded tribute to his extraordinary talent. In my mind there is no more striking a talent in contemporary music than that of Schnittke.”

Daniel Hope first fell for the polystylistic music of Alfred Schnittke as a teenager. Then, in the early 1990s, he got to know the Russian Soviet-era composer personally, over a series of meetings and conversations. Now that deep and long-standing relationship is palpable across every second of this recital with fellow acclaimed Schnittke interpreter, Alexey Botvinov.

Schnittke’s multi-faceted oeuvre for violin is full of emotional subtleties to tease out, too. For instance, the Congratulatory Rondo of 1974 is on the face of it a sweetly dainty Baroque pastiche, but lurking below the surface Schnittke is giving us “corpses wearing make-up” – just so subtly that Shostakovich’s ironic scherzos sound bombastically crass by comparison. The degree of fine nuance with which Hope and Botvinov capture both elements is almost superhuman, because while the Rondo’s darker side is at its most obvious as Hope’s tone scratches and scrapes through the fortissimo outburst, there’s also a hint of mechanical disingenuousness across the rest.

Just so barely perceptible that in order to hear it you may even have to first listen closely to their reading of the other Baroque pastiche written two years earlier, the Suite in the Old Style which Schnittke wrote “once to write completely naively”. Most powerful of all, though, is the impression of corrupted purity and sinisterly advancing decay that the pair have captured in Stille Nacht, Schnittke’s chilling 1978 illustration of the gulf between the official propaganda of the Soviet regime, and the grim reality of daily life. Hope’s low, concluding siren wail glissandi off the back of Botvinov’s bleak bell tolls are eerie in the extreme. Then there’s the spellbinding intensity they bring to the Largo of the First Violin Sonata of 1963, its violin part unfurling as one long, constantly extending line of constant colouristic development, and the whole rendered all the more affecting by Hope’s capacity for sweetness of tone.

Whether the idea of a Schnittke recital appeals to you on paper or not, this is a must-listen. © Charlotte Gardner