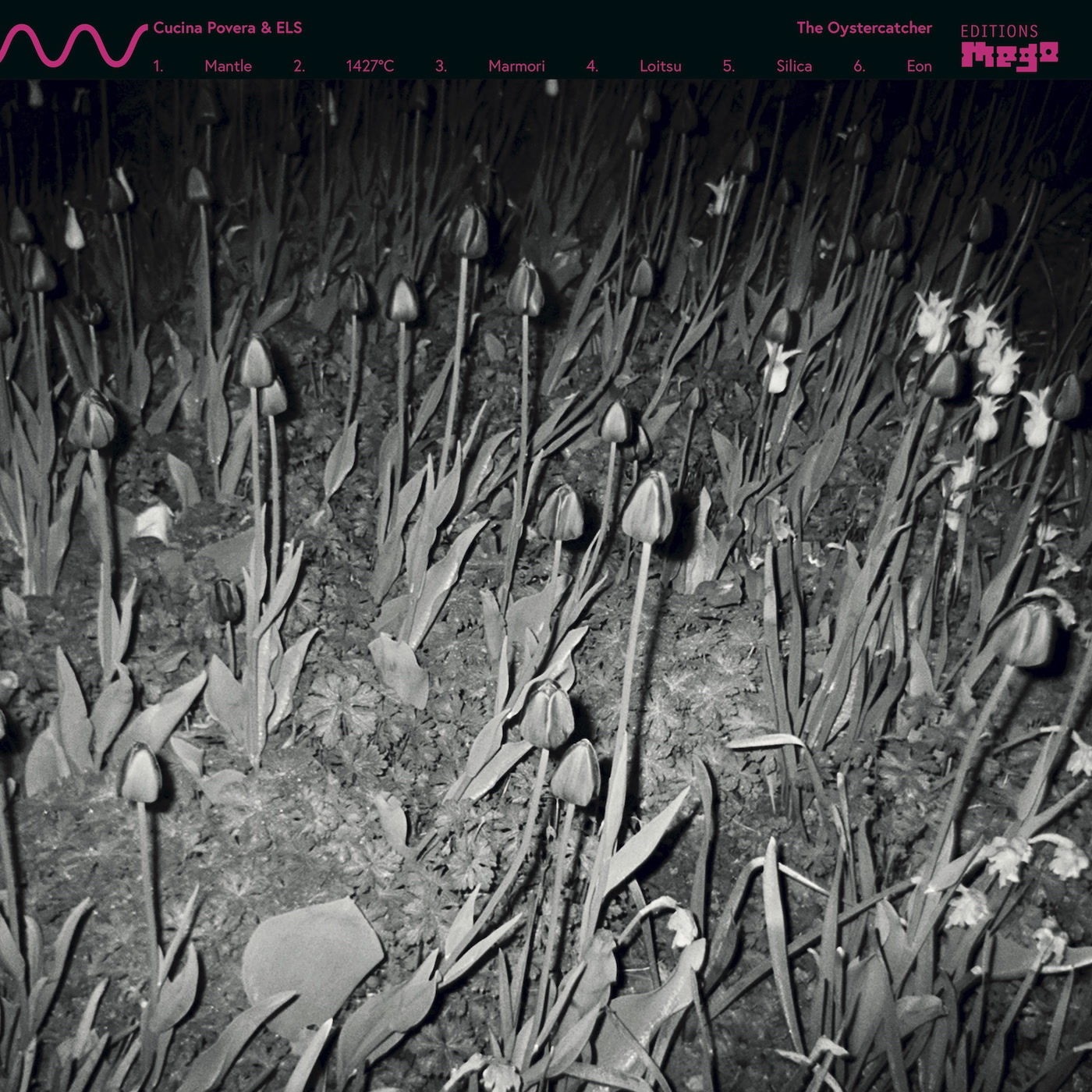 Maria Rossi aka Cucina Povera follows-up a clutch of pearls for Night School with her debut for Editions Mego, a first collaborative album recorded with Edward Simpson, aka ELS, who wraps Maria’s voice around growling and occasionally catchy modular electronics. Fear not, there’s no noodling inside – head straight for ‘Marmori’ for a properly blue take on pulsing electronic pop somewhere between Bjork’s ‘All Is Full Of Love’ and Art of Noise’s ‘Moments in Love’. Double love.

“A fragile interplay is at work between Maria’s drifting vocals and the ominous churn of Edward’s modular synth. Each sonic element takes a turn at leading the way. The opening track ‘Mantle’ is formed from sparse, monolithic electronics, woven gently with a thread of vocals. In the closing track ‘Eon’ Maria’s voice shepherds spontaneous bursts of sounds, almost Rave-like if order were imposed, through 15 minutes of turmoil and resplendent until the end.

Maria’s vocals make their own trails amongst the noise, bringing to mind the the exploratory language from Ursula K. Le Guin’s album ‘Music and Poetry from the Kesh’, recalling the same understated mystery. The overall effect of this collaboration is a completely unique creation albeit within a recognisable lineage of predecessors. The artwork reflects the vision of these two artists, collaged together. Both images are from a trip to Helsinki. Edward’s photograph of Tulips caught after dark are reviled by a flash. Maria’s seemingly abstract drawing is a graphite rubbing taken from a granite slab of a pavement somewhere in Kallio. Together the two images represent two different methods for capturing a city’s haptic landscape. The album moves with a feeling of transience, which is no surprise given that the idea to collaborate was formed in Helsinki, realised in London and edited together in Rotterdam.

The Oystercatcher tells a fragile tale, one that spins out into the unknown. A cold union of voice and machine, still tentative and probing, learning to co exist. A kind of fundamental shift whereby shared moments have been turned to sound. The Oystercatcher is a bird that can freely travel between the earth, sea and sky. The motif is taken from a Tove Jansson short story. A dead bird washes ashore, two different versions of events are presented to how the bird came to die. The album feels like two different stories being presented on top of one another but ultimately coming to the same tragic conclusion.”