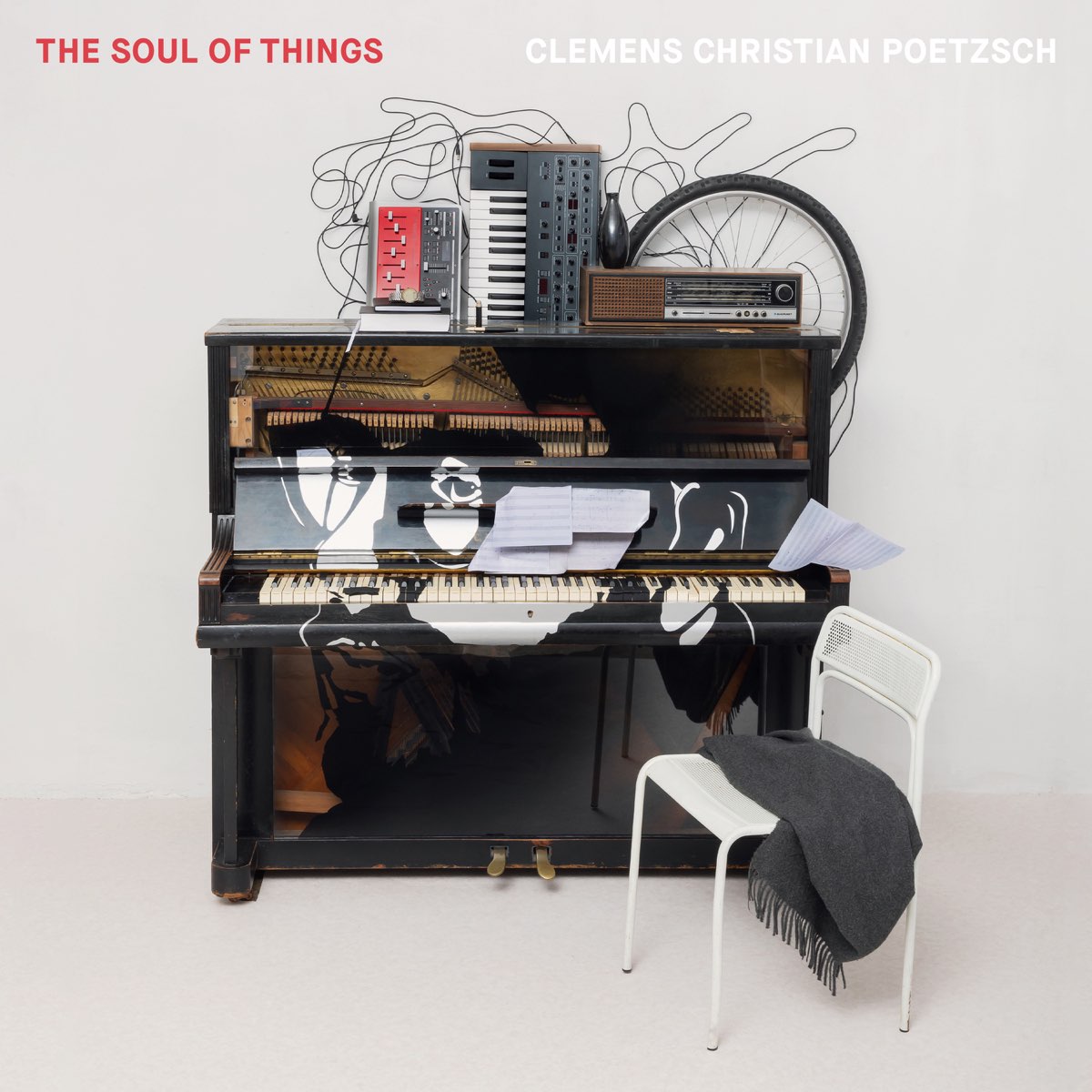 The Soul of Things – a fusion of solo piano, harp, cello and electronics – draws inspiration from the mundane. The album can itself be heard as an ode to the ordinary things – a particularly good fountain pen, an old radio receiver – that somehow, in their very familiarity become extraordinary to us. “There are many inexplicable things in relation to these objects and their meaning for you. There is a certain magic about it,” says Poetzsch. The thirteen tracks that constitute The Soul of Things are named after these banal objects and in their musicality attempt at conveying such artefacts’ personalities and souls. Take the piece ‘Indigo Feder’ (fountain pen) for instance, a gentle piano tune that in its changing tempo is reminiscent of the act of writing or doodling, “This pen is a piece of craftsmanship – it writes round, it feels soft. The piece should flow, sometimes slower, sometimes faster like writing down thoughts in real time,” explains Poetzsch. Just like the pen, Poetzsch’s clock gains a life of its own in the track ‘Ziffernblaetter’. “This is an old watch that looks very nice but doesn’t really work anymore. It ticks how it wants. The piece also jumps back and forth with the beat, it almost sounds as if it’s making fun of itself,” says Poetzsch who gave the old timekeeper a noble character by combining two grand instruments – harp and piano – on the track.

The Soul of Things is filled with expressiveness and vivacity. Enough to animate inanimate things. It’s soulfulness is primarily given through Poetzsch’s deep familiarity with the piano, his medium of expression since he was a young boy. Despite his musical maturing over the years he still favours composing on his childhood, GDR-era piano, over new fancy alternatives, “It’s a pretty unstable piano, the tuner has to come very often. I could probably have bought a new one with the money, but because I played my first notes on it I have a very strong connection to it and that makes it very easy for me to be creative,” he explains. This acquaintanceship and intimacy with the piano can be felt in the ease with which Poetzsch gives in to improvisation in his music. As a matter of fact, intimacy is noticeable in every piece of The Soul of Things, as if with every object, Poetzsch was having a conversation with an old friend, “I was particularly interested in the objects that you use regularly and that are part of everyday life. Items that you wouldn’t give away. That you like to have around you, that you like to touch.” Despite the feeling of familiarity so present in the album, Poetzsch wasn’t afraid to get out of his comfort zone for The Soul of Things. His approach to experimentation is simply to dive in and see what works, to discover through trial and error.

Besides piano, harp and cello, the album, for example, includes electronic gear that Poetzsch admits to “mistrusting” in the past. It comes back to freedom – to create without limits, and to dissolve preconceived notions around genres and instruments. In the track ‘Apparat’, based on his old radio receiver, he uses synthesizers to convey the fidgety frequencies of the device. At the same time, juxtaposing this strong electronic element with a melancholic cello melody infuses the track with nostalgia, “Looking at my old radio shows me how fast time flies. Twenty-five years ago it was an incredible device, today it is almost useless,” explains Poetzsch. The Soul of Things continues to build on Clemens Christian Poetszch’s discoveries with his previous solo album, Remember Tomorrow – away from the staid world of classically harmonic language towards something more contemporary, more individual. The tracks in the album stand as selfcontained worlds with their own logic and language. Conceived as an album about subjects, it actually tells volumes about the relationships and stories behind and usually hidden from everyday life. The artwork, an installation, designed by the Lithuanian concept artist Jolita Vaitkute, tells the story of these mundane objects, which become symbols and statues representing a world that is in fact invisible. Music becomes the means to stir up memories and fragments of remembrance, and The Soul of Things is an attempt of making sense of it all, of bridging that gap between the physical and metaphysical worlds. It really comes as no surprise that Poetzsch can’t bring himself to throw away that old bench after all.