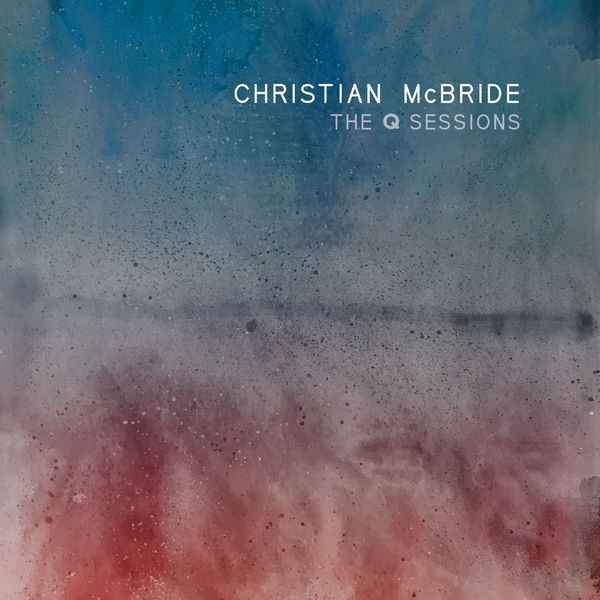 The Q of these sessions is by no means an allusion to the James Bond character responsible for the gadgets of 007, but to Qobuz! Only for us, the double bass god Christian McBride has entered the studio with three no less legendary colleagues: guitarist Mike Stern, drummer Eric Harland and saxophonist Marcus Strickland. On the program of their impeccable musical exchange are two cover versions (Ornette Coleman’s Blues Connotation and the Jazz Standard On Green Dolphin Street) as well as an own composition of the master of ceremonies (Brouhaha). As a sideman on hundreds of albums, as leader of several bands, as artistic director of the Newport Festival and as host of a radio show, McBride is a kind of musical torrent that nothing can stop. And an equally improvised torrent is the subject of this recording. The four jazzmen may be more than savvy and have impressive résumés, but what they talk about for half an hour is a dizzying vitality, the opposite of a lulling jam session. As soon as Ornette’s melody sets the events in motion, the concentration is there and the mutual listening and tuning into each other becomes the program. Mike Stern knows how to bring out his phrasing perfectly, and Eric Harland impresses with his ability to let sparks fly without exaggerating. The funk theme that concludes these Q sessions is the lightness and fluidity (thanks to Marcus Strickland’s suppleness!), which round off the improvisations. Pure silk jazz

To attract an audience for a jazz record these days, it helps to begin with a big idea—a tribute to one (or several!) legends, a conceptual work exploring a thematic narrative, anything that can translate into talking points or (better still) marketing. The loquacious and ubiquitous bassist Christian McBride, whose resume includes longtime musically consequential associations with Chick Corea and others, has navigated these somewhat arbitrary requirements expertly in recent years. A scan of McBride’s discography turns up deftly executed trio records (both in studio and live at the Village Vanguard), collections of mostly original post bop (Kind of Brown, from 2009), hard-swinging big band outings (2020’s For Jimmy, Wes and Oliver, which earns double points as a three-way tribute) and a long-form work memorializing key figures and moments in African American history and the struggle for civil rights (The Movement Revisited, also from 2020). Underrepresented, slightly: something low stakes. Casual. A good old fashioned blowing session that follows an interesting constellation of talents as they go exploring. McBride’s done plenty of these, and his approach to swing rhythm makes him ideal for them. This crisp EP, commissioned by Qobuz, argues that maybe there’s room for more of this in his mix of projects.

The “big idea” is communicated via the very first notes—a deep, deliberate bassline that walks into the relaxed confines of “Blues Connotation.” It’s just a few measures of an easygoing yet businesslike pulse, and all McBride needs to establish the mission: He’s looking for expansive musical conversation, not perfection, and he underscores this by leaving the groove-minded drummer Eric Harland lots of room to maneuver. Guitarist Mike Stern taps into the loose atmosphere right away, crafting a solo that weaves gorgeous textural chords into single-note lines that serve acrobatically away from hard bop convention. Saxophonist Marcus Strickland does much the same, organizing his ideas into dense clusters and then arranging those into a fire-breathing peak, the kind you’d hear in the heated waning moments of a late club set. That’s followed by the standard “On Green Dolphin Street,” which has been subject to countless overwrought arrangements on hundreds of records. Again McBride creates a foundation that just plain feels good—thanks to the Hi-Res recording, it’s possible to zone in on the steady, carefully articulated recurring notes that he uses to anchor the melody and each of the solos. Naturally that includes McBride’s own dexterous and marvelously inventive improvisation, which adapts Ray Brown’s still-headspinning bass techniques for the modern era.

McBride’s original “Brouhaha” closes the set. It was written shortly after Corea’s passing, and manages the unusual trick of incorporating elements from several different realms of the pianist’s work. The demanding theme, set to a syncopated post-funk rhythm, evokes the best of Corea’s Elektric Band, while the open, conversational exchanges suggest the collaborative spirit of the later Corea acoustic trio, which featured McBride and Brian Blade. It’s an intricate piece, and at first it sounds like another exercise in high-concept record making. Then the musicians start to stretch, and spar with each other, and suddenly it’s a blowing session again. – Tom Moon