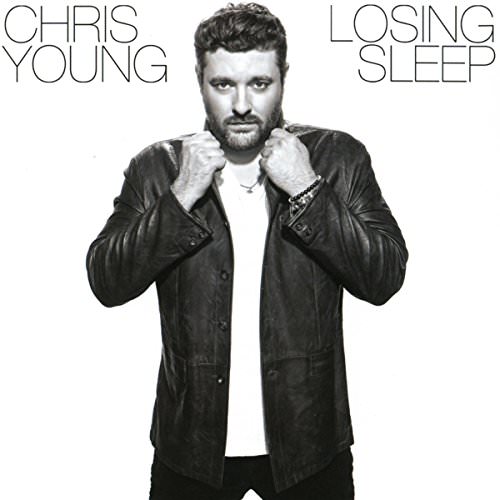 A decade into his career, Chris Young seems at least a decade older than his 32 years on Losing Sleep. This speaks of his ease, how he not only can expertly handle a ballad, but that he realizes slow-burning tunes are his specialty. Young veered in this direction on 2015’s I’m Comin’ Over, but Losing Sleep — released just two years later — makes it plain that he considers a mellow midtempo song his sweet spot. Unlike its predecessors, Young co-wrote every song on Losing Sleep, and if the songs aren’t explicitly personal, they certainly telegraph what he considers his strengths. Melodic and relaxed, Young never raises a sweat on Losing Sleep, not even when the amplifiers are turned up — as they are on the title track and its cousin “Radio and the Rain,” where they don’t provide riffs or rhythm, merely color. Everything on the album acts in support of the song, and that includes Young’s vocals. He’s sensitive and shaded, keeping his eye on the melody, but he leans into certain phrases so he can emphasize the song’s overriding emotions. It’s a subtle skill that suits this soft music, an album that doesn’t make a big deal of its craft but succeeds precisely because of the work behind the scenes. Every element of Losing Sleep unfolds so easily, it feels inevitable, and it’s so polished it can seem like nothing but mood music, but repeated plays reveal that this is more than atmosphere: the record endures because the songs work their way into the subconscious.