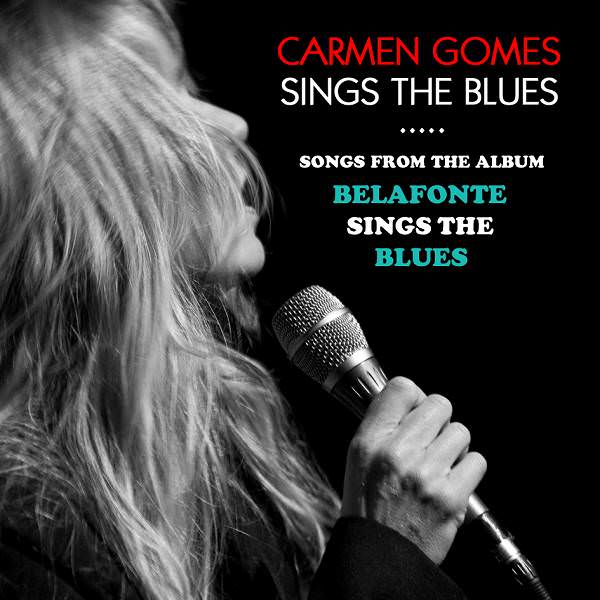 Carmen Gomes has won many awards in the Netherlands and surrounding areas. Like so many new European singers, she sings in English. Her style is bluesy and intimate with a sexy voice that’s sweet as dark tupelo honey, and her interpretations are unerring. Idea of this album would take on the challenge of reinterpreting Harry Belafonte’s “Belafonte Sings the Blues” was originally suggested by Harry van Dalen, owner of the eminent High End audio shop Rhapsody. He thought that Carmen’s band would be perfect for reinterpreting the mood and the sound of the classic album.

“Those who do not want to imitate anything, produce nothing” ~ Salvador Dal

‘Belafonte Sings the Blues’ was one of Carmen Gomes’ favorite albums when she as a kid spent countless hours listening to music and making cassette tape compilations from her parents vast LP collection. So when confronted with the task of making the arrangements of the songs for ‘Carmen Gomes sings the Blues’, I first recreated Carmen’s 60 minute tape for inspiration. Since my recreation was in the digital domain, it was not possible to wear out the tape, but I did listen to it extensively. It became clear to me that in order to capture the spirit of those blues albums, I would have to keep the arrangements as simple as possible in order to give the musicians the opportunity to play straight from the heart. Some songs were kept close to the original arrangement, while a song like the ‘Way That I Feel’, was completely reharmonized. Others like ‘Hallelujah, I Just Love Her So’ had the form extended in order to create more space. Muddy Waters’ Mannish Boy, while not being on the album is paraphrased in the introduction to ‘God Bless The Child’ and ‘Losing Hand’. The 11 songs were recorded live in the studio in front of a studio audience.