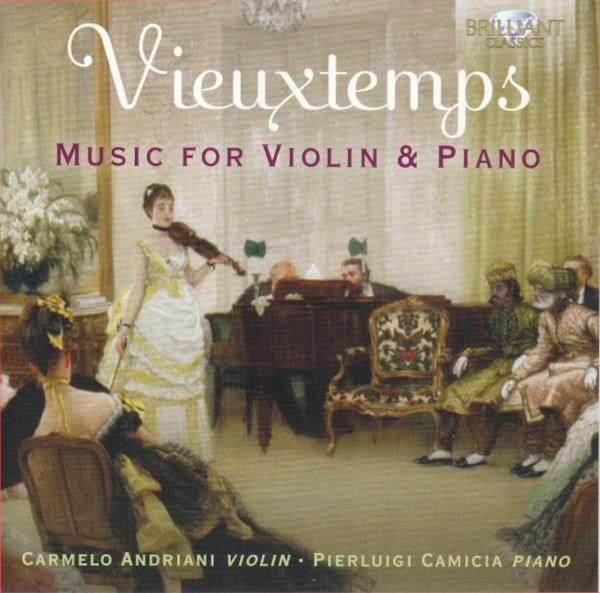 Henry François Joseph Vieuxtemps was aged 4 when he started the violin with his father, a violin-maker and amateur violinist. He gave his first public performance at the age of 6 and his talent attracted the attention of Charles Auguste de Bériot, who brought him to Paris, where in 1829 he made his début. Robert Schumann compared him to Paganini. The famous Italian virtuoso was strongly impressed by the violinist’s performance in London in 1834. In turn, Paganini’s supernatural technique would remain a strong influence and inspiration for Vieuxtemps. Meanwhile he became an idol in Russia where he spent five years from 1846 till 1851. He was Musician at the court of Tzar Nicholas I, Violin teacher and soloist at the Imperial Theatre, and founder of the School of Violin at St. Petersburg Conservatory, contributing to the founding of a “Russian Violin School”. Back in his native Belgium he dedicated his life to teaching at the Brussels Conservatory, where he counted Eugène Ysaÿe among his pupils.