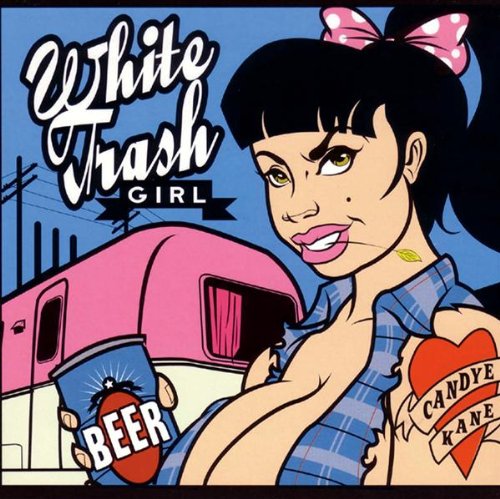 Candye Kane has never shied away from her lusty, busty persona either on album or live, but that very honestly must have unfairly tainted her as an act needing a sexy visual hook to attract an audience. Certainly that’s far from the truth, as all of her albums have proven Kane to be a strong, distinctive, and malleable song stylist, with a hurricane-styled approach to her rollicking R&B. Her seventh release doesn’t push those established boundaries, but it’s another terrific example of Kane’s talents. Only five of these 14 songs are not written or co-penned by the singer, and all are potent examples of her wide range and excitement as a singer/bandleader. There is some Lou Ann Barton in her sassy delivery, especially when she sings a ballad such as “I Could Fall for You” or kicks into a snazzy bluesy shuffle as on the cool, rearranged version of the Lovin’ Spoonful’s classic “Daydream.” As usual, she surrounds herself with top-notch musicians such as ex-Fabulous Thunderbirds/Roomful of Blues bassist Preston Hubbard, harmonica ace Gary Primich, and veteran producer Mark “Kaz” Kazanoff. Hence, the album’s sound is tight, punchy, and rollicking. Kicking off with the title cut, featuring a riff that is little more than a reworking of John Lee Hooker’s “Dimples,” Kane and her band charge through the material with a visceral energy perfect for this upbeat bluesy material. Some of the lyrical juxtapositions are strange; the raunchy one-two punch of sexual domination described in “Mistress Carmen” and the self-explanatory “Masturbation Blues” segues into an album-closing gospel version of “Let There Be Peace on Earth,” the latter sung only with acoustic piano accompaniment. But that just makes the album more fun. A bawdy cover of Bull Moose Jackson’s “Big Fat Mamas Are Back in Style” fits with Kane’s heavy-set, white-trash aesthetic and also roars out with enough jump-swing energy to get the party moving. The melodies are little more than standard blues and swing reworkings, but the execution is so consistently frisky, spirited, and entertaining that it’s impossible not to be impressed by this lighthearted romp from one of the genre’s most unfairly overlooked singers.