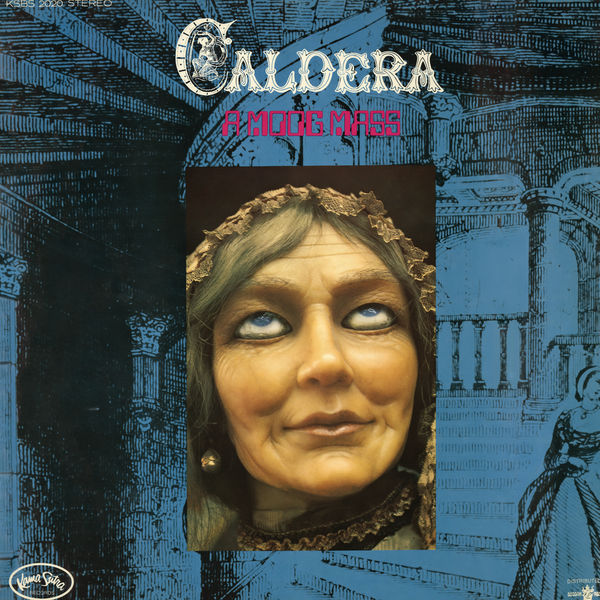 Caldara: A Moog Mass was released by the Kama Sutra label in 1970, and many people on the Internet now assume it to be the work of a group named Caldera, in part because some editions of the LP misspell the composer’s name that way. (And a “caldera,” of course, is a huge basin formed by the collapse of overlying land into an emptied magma chamber after a volcanic eruption. This would admittedly be a cool thing to name a band.)

The ensemble on this recording doesn’t have a name, but its key members are Robert Margouleff and Malcolm Cecil, soon to become known as UK electronic duo Tonto’s Expanding Head Band; they’re perhaps best remembered for their extensive collaborations with Stevie Wonder. “Tonto” refers to the massive integrated battery of analog synths they used in the project, christened the Original New Timbral Orchestra—according to Wikipedia, it fills a “semicircle of huge curving wooden cabinets, 20 feet in diameter and six feet tall,” and it’s still the largest instrument of its kind ever built.