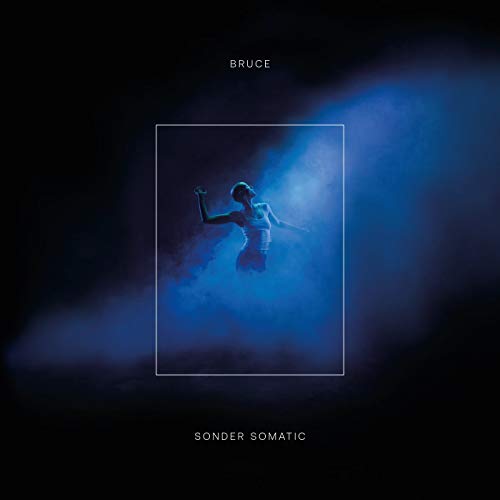 The record is deeply varied in styles, ideas and tempos; from the tight rhythmic groove of album opener ‘Elo’ to the weaponised onslaught of ominous club cuts ‘What’ and ‘Cacao’ – through drifting, meditative techno and the skeletal sound design of ‘Ore’ and ‘Baychimo.’ Each track shifts the tonal mood in subtle and distinct ways, whilst retaining a consistent icy sound palette infused with colour and human warmth.

The shapeshifting Hessle Audio imprint is run by Pearson Sound, Ben UFO and Pangaea. For over ten years, through their combined tastes they have continued to unravel and explore the edges of sounds and ideas from the wider dance music scene, across the boundaries of the functional and the experimental, with consistently innovative results. As a long time follower of the label, Bruce wanted to craft an album that continues their singular attitude and approach; incorporating vibes from UK soundsystem music as well as music from his home town of Bristol.

“From being a fan of their work from the very beginning, it’s not only the music they have released that has informed my taste/work, but also the journey they have formed through the application of their attitude and approach.” – Bruce

Much of Sonder Somatic was shaped by Bruce’s own understanding of club culture as a whole, and predominantly his personal relationship with it both professionally and recreationally. The album was partly written as an attempt to capture that rare transformative feeling that can cause you to fully lose yourself in a club space, disconnecting from your immediate environment for a short time.

Sonder Somatic follows EPs for Timedance, Livity Sound, Idle Hands and Hemlock, and comes 4 years after his debut EP ‘Not Stochastic’ for Hessle Audio. The album pushes the boundaries of what club music can be whilst expertly refining his work as both a club producer and an experimental sound designer. With a unique sense of flair that sets him apart, Sonder Somatic is set to raise Bruce’s profile across all corners of the dance world.