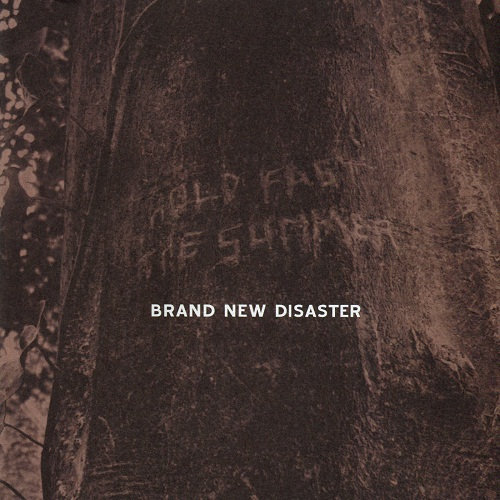 The winter after the release and subsequent tours (playing with such acts as Coheed and Cambria, Underoath, Boys Night Out, MAE, and Bear Vs. Shark) in support of their positively received debut album, “Maybe We Should Run,” Brand New Disaster relocated to a small country house in Harrisonburg, VA. Living together and practicing in the basement, they spent the next months writing and creating what would end up becoming their sophomore album, “Hold Fast The Summer,” which was recorded by Andreas Magnusson (Scarlet, Gods & Black Dahlia Murder) in July 2004.

The songs written during that time mirror the intensity and the harmony of the band immersing itself into their music by living and writing together. Without wasting any time, Brand New Disaster returned to the road in October for their first full U.S. tour, spending 6 weeks on the road and playing their first west coast shows.

Returning home from a successful tour, the band set out to find a home for the new album, teaming up again with Tribunal Records to release the 10-song album. Ironically, the hard work and effort put into the process of getting this record completed nearly killed the band entirely. But, being truly committed to their cause, Brand New Disaster have returned even more determined than ever as the songs of “Hold Fast The Summer” are the sum of all their nearly fatal experiences and they want them to be heard.