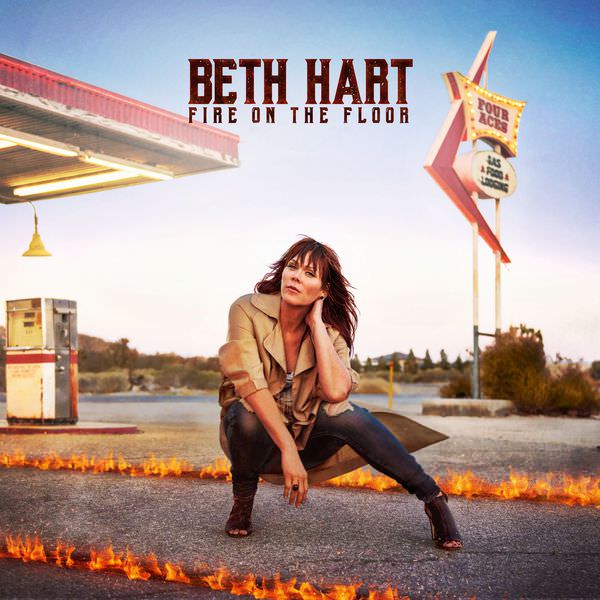 Beth Hart is on fire. Right now, the Grammy-nominated singer/songwriter is riding a creative tidal wave, firing out acclaimed albums, hooking up with the biggest names in music and rocking the house each night with that celebrated burnt-honey voice. In 2016, the headline news is Beth’s latest album, Fire On The Floor (out 14 October on Provogue/Mascot Label Group): a release that even this fiercely self-critical artist describes as “pretty frickin’ good”.

Fire On The Floor is sure to build on her breakneck momentum. As the singer explains, this latest record gave her an emotional release following the bitter-sweet sessions for Better Than Home. If there’s a theme that ties these twelve songs together, it’s a sense of escapism following the hardest of times. “We were still in the mixing stages for that album and I knew I had to make another record. Making Better Than Home was so painful, because one of the producers, Michael Stevens, was dying of cancer. It was a very emotional record to write and to make. I wanted the songs for Fire On The Floor to get born real quick.”

Take a spin of Fire On The Floor and you’ll see exactly why. These twelve new songs run the gamut of genre, reflecting Beth’s eclectic teenage influences, which took in everything from gospel, soul and classical to the seismic rock of Soundgarden. “As a writer,” she nods, “I feel really stifled if I’m trying to write in the same style. I just can’t do that. Growing up as a kid, I was raised all over the place stylistically, loving so many different genres.”

Fire On The Floor is the album that Beth Hart needed to make. Likewise, it’s a record that you need to hear. “I’m so pleased with it,” she concludes. “I recently had to organise the sequence of the record, and while I was doing that, I was thinking to myself, ‘Y’know, this is pretty frickin’ good…!'”