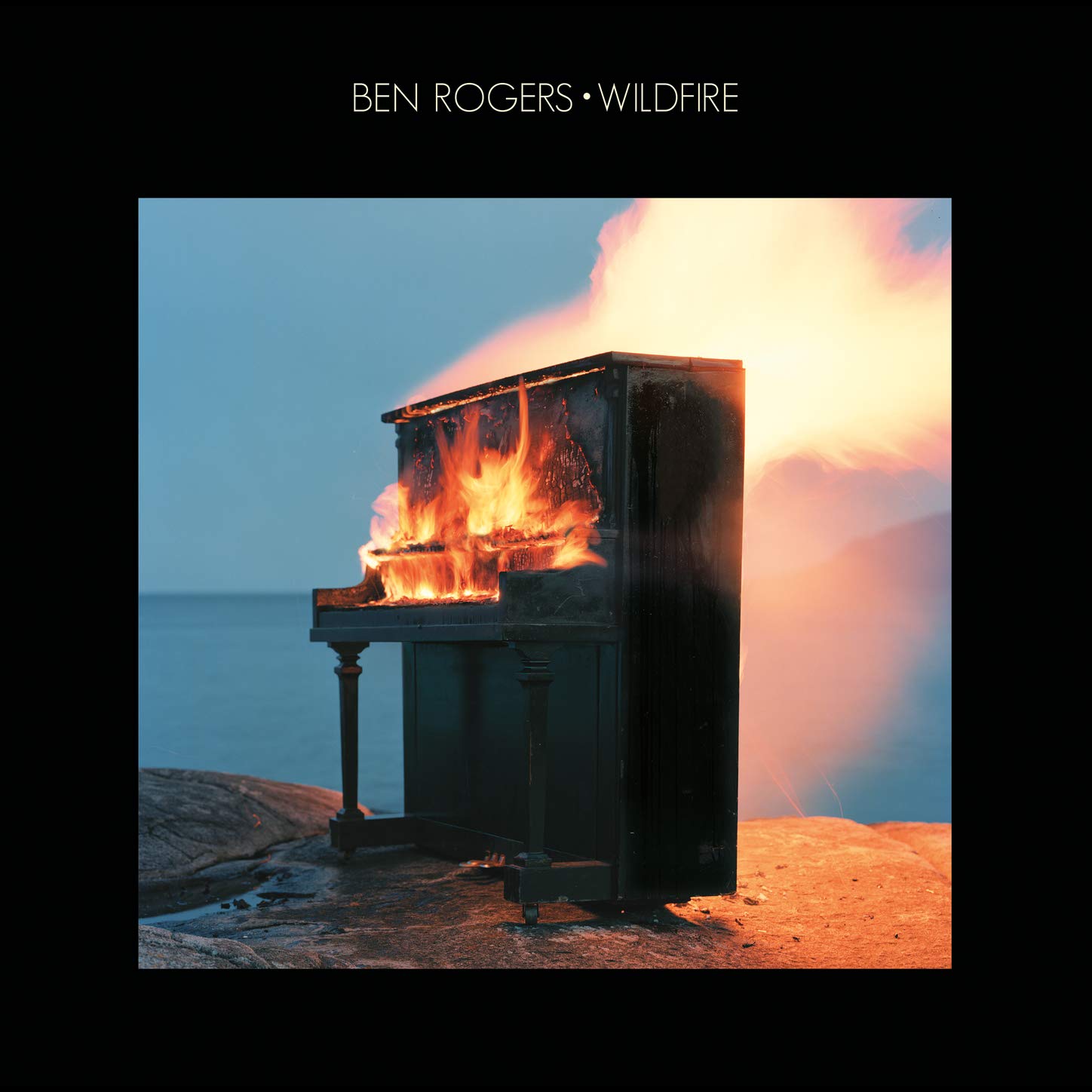 From the flaming piano on the cover art, which resembles a dumpster fire, to his lyrics goading President Trump to go ahead and build his wall, B.C.-based troubadour Ben Rogers’ scorched-earth sentiment is frequently apparent on his new LP.

Aptly titled Wildfire, one of that album’s key tracks is “Holiday.” It features that line about the infamous border wall, along with an evocative aside about Mexico being a “thirsty country,” as guitar chords snarl and the percussion jabs. Meanwhile, on the Springsteen-meets-Neil Diamond downtempo number “Steady Going Nowhere,” Rogers sings in a resigned tone only a few notches above a murmur about not living “but just trying to survive” before describing the lethal injections available both in jails and self-inflicted by junkies in back alleys.

If you haven’t already guessed it, yes, Rogers is on an epically righteous lyrical quest throughout these 11 tracks. As if to drive that point home, he names one of these new songs “Leviathan Smiles.” More surprising still: Rogers’ scorching guitar riffs and anthemic howls help him pull that song off with aplomb, when lesser artists would surely sound pretentious referencing such a mythic monster.

Aside from those ambitious lyrical themes, Wildfire also impresses with its sonic breadth. Be it the twangy Nashville tone on the title track, the bluesy guitar on “Stackabones,” or the big shiny ’80s-evoking riff on “Black Beauty,” there’s no shortage of surprises on this chock-a-block LP. The production is clean, glossy and nuanced, all of which can be attributed to elder, beloved songwriter and Wildfire producer Dallas Green. (Rogers is also one of the first signees to Green’s newly launched Still Records.) And aside from both artists’ palpable exertion throughout this album, the listener will also be thrilled to sense Green passing a torch of sorts to Rogers, a songwriter he clearly and rightfully admires.