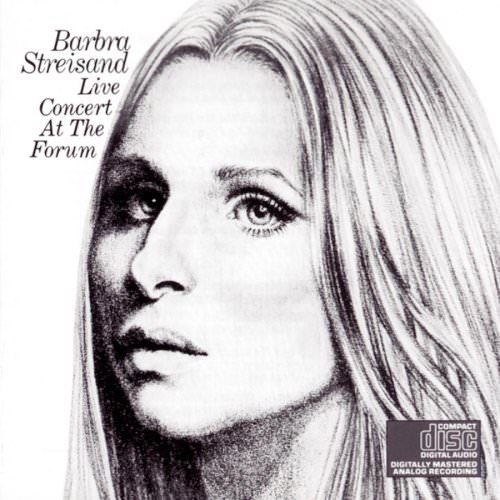 Barbra Streisand’s second live album demonstrated how much her music had changed since her first one had been released four years before. (Actually, five years separated the recording dates.) But she also strived to combine her earlier work with her current songs, and while you might have expected “People” to sit oddly with “Stoney End” on the same record side, in fact the two songs only demonstrated Streisand’s versatility. It may have been years since Streisand had faced a concert audience, but she’d been facing casino audiences in Las Vegas for years, and she was a polished performer. She was also in good voice, and the concert medium suited her powerful delivery well. Her humorous monologue, in which she seemed to be smoking marijuana, is now as dated as it was timely in 1972. Live Concert at the Forum was an early indication that Streisand had not abandoned the middle of the road for rock & roll, but only made a strategic detour. In fact, she would soon return to a contemporary ballad style.