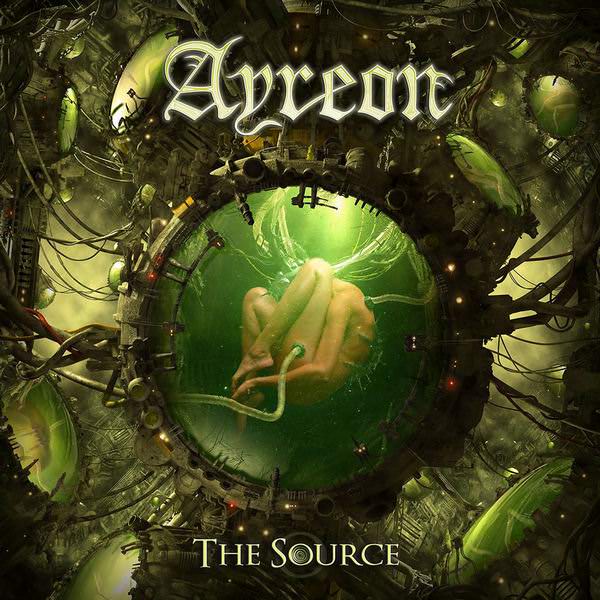 The Source is the ninth studio album from Ayreon (aka Arjen Anthony Lucassen) and follows 2013’s The Theory of Everything. As with previous Ayreon albums, The Source, is a concept piece and also serves as the prequel to 2008’s 01011001. Featuring no less than 11 vocalists, the album’s classic rock sound tells the story of the Forever — an alien race that forms the basis of each of the Ayreon albums. ~ Rich Wilson

Metal’s artisan of ambitiousness Arjen Anthony Lucassen returns with his project Ayreon taking time off from his other musical projects Star One, Guilt Machine and The Gentle Storm to embark on yet another sonic journey into the world of science fiction, where he unleashes yet another concept album that is a prequel to 2008’s “01011001” laid out in his usual monstrosity of a double album with an army of guest vocalists and musicians to play the proper roles in his larger than life metal operas. As a prequel, The Source tells the origins of the Forever which is an alien race that is a key force in the overall storyline. While Ayreon is accustomed to mostly new cast members changing things up on any given album, The Source makes use of plenty of returning performers which include James LaBrie (Dream Theater), Simone Simons (Epica), Floor Jansen (Nightwish), Hansi Krsch (Blind Guardian), Tobias Sammet (Edguy, Avantasia), Tommy Karevik (Kamelot, Seventh Wonder), and Russell Allen (Symphony X), together with newcomers such as Tommy Rogers (Between the Buried and Me), which makes a whopping total of eleven main vocalists. Add to that the extraordinary musicians involved which include Joost van den Broek (ex-After Forever) — grand piano and electric piano; Mark Kelly (Marillion) — synthesizer solo on “The Dream Dissolves”; Maaike Peterse (Kingfisher Sky) — cello; Paul Gilbert (Mr. Big, Racer X) — guitar solo on “Star of Sirrah”; Guthrie Govan (The Aristocrats, ex-Asia) — guitar solo on “Planet Y Is Alive!”; Marcel Coenen (Sun Caged) — guitar solo on “The Dream Dissolves”; Ed Warby — drums, Ben Mathot — violin; Jeroen Goossens (ex-Pater Moeskroen) — flute, wind instruments; and of course, Arjen Anthony Lucassen himself on electric and acoustic guitars, mandolin, synthesizers, Hammond, Solina Strings, all other instruments.