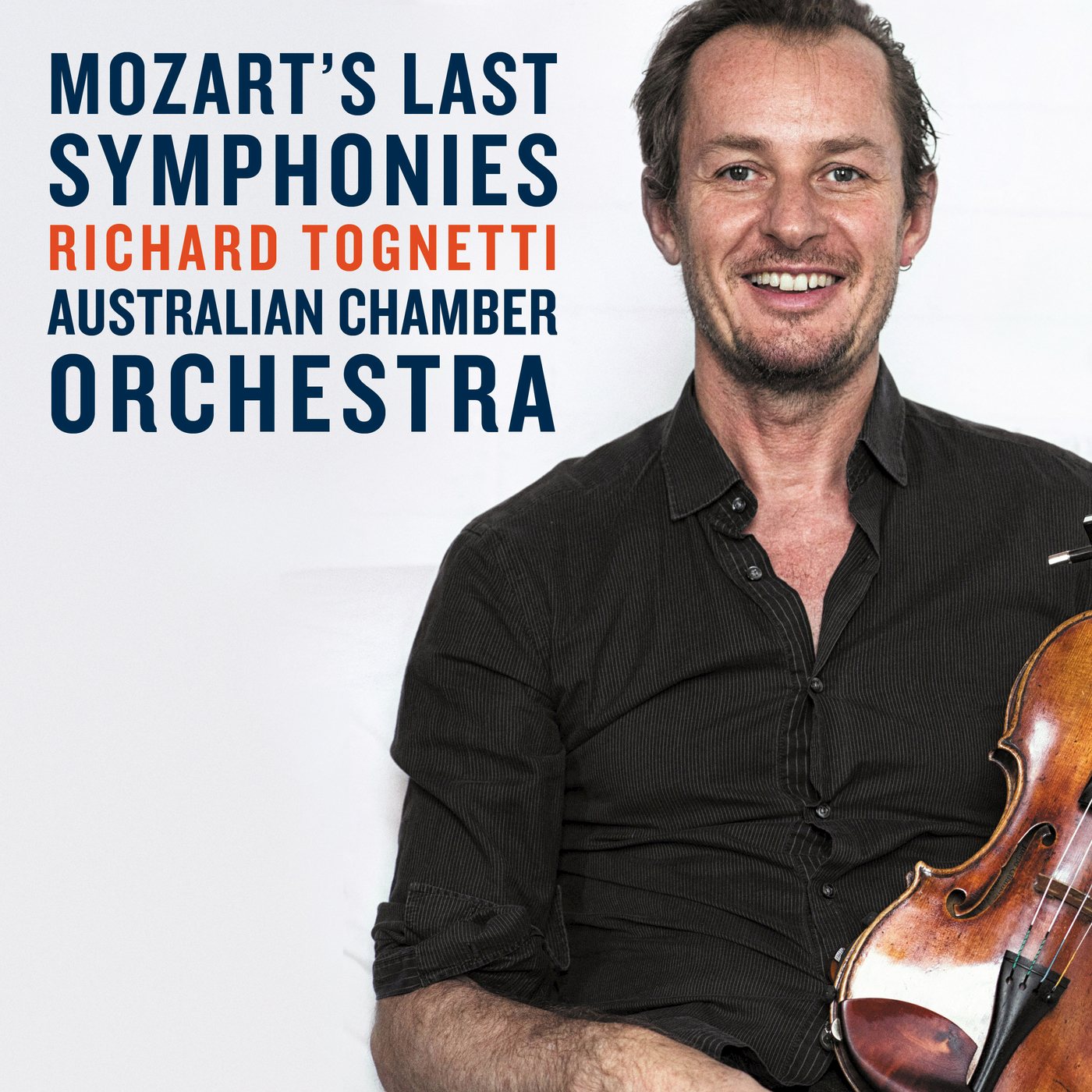 Wolfgang Amadeus Mozart composed his last three symphonies in the summer of 1788, and since then they’ve usually been regarded as a set, even though there’s little reason to believe he intended them to be performed together. Unlike Nikolaus Harnoncourt, who came to regard these symphonies as a kind of symphonic oratorio in 12 movements, Richard Tognetti thinks of them as separate pieces that Mozart wrote opportunistically, possibly for a commission that fell through, though beyond that, he lets the music speak for itself. Tognetti and the Australian Chamber Orchestra play the Symphony No. 39 in E flat major, the Symphony No. 40 in G minor, and the Symphony No. 41 in C major, “Jupiter” in accepted Classical style, with Tognetti leading as concertmaster, though there’s no attempt to unify the performances or to claim any special insights about Mozart’s inner state. Listeners may find that these energetic and radiant performances don’t need much explanation to enjoy the period style and finesse of the playing, which is brilliant in these ABC Classics recordings. No theory or biographical facts are needed to appreciate the crisp performances or the wonderful sonorities of this exceptional orchestra, and the interpretations work because Tognetti relies on the music’s inner logic, rather than on the mythology that has developed around these masterworks. The reproduction is clear and close-up, affording the listener front-row seats to some delightful and genuinely exciting music-making. Highly recommended.

“One thing you get with Mozart, and no other composer comes close, is dancing on your own joy.” Richard Tognetti.

The Australian Chamber Orchestra, directed from the violin by Richard Tognetti, presents a triumphant account of Mozart’s three final symphonies.

This live recording captures the energy and vivacity of the performances given as part of the ACO’s 40th anniversary celebrations in 2015 — concerts that were described as ‘magnificent’ by The Sydney Morning Herald and ‘miraculous’ by the Daily Telegraph. The same program was previously performed by the ACO 26 years ago, when Richard Tognetti — newly appointed as Artistic Director — performed these three symphonies under the visionary baton of early music legend Frans Brggen.

Since its establishment in November 1975, the Australian Chamber Orchestra has become renowned globally for its inspired programming, unrivalled virtuosity, energy and individuality, showcased through an extensive and ongoing program of international touring and recordings for many of the world’s top labels.

Composed over the course of just six weeks, these inspirational works represent the pinnacle of artistic achievement: from the sunny lyricism of the 39th, to the tragic cast of the 40th, to the inspired invention of the 41st — the ‘Jupiter’ — they form a mighty epitaph to the work of Mozart’s musical genius.