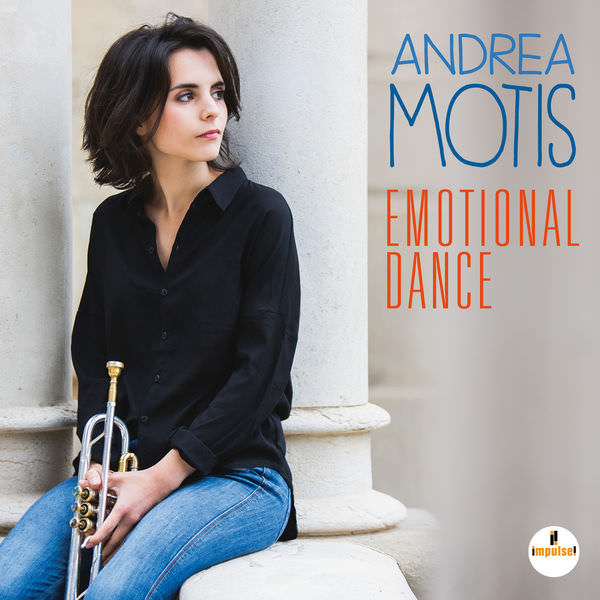 A gifted singer and trumpeter, Spain’s Andrea Motis makes emotive, romantic jazz. Born in Barcelona in 1995, Motis studied trumpet and saxophone from a young age. By the time she was 13 years old, she was singing and playing trumpet in the Sant Andreu Jazz Band under the supervision of her mentor, saxophonist Joan Chamorro. In 2010, at age 15, she made her recorded debut with the standards album Joan Chamorro Presenta Andrea Motis. More well-received albums followed, including 2012’s Feeling Good and 2015’s Live at Palau de la Msica. In 2017, Motis made her Impulse! Records debut with Emotional Dance. ~ Matt Collar

Barcelona trumpeter/singer Andrea Motis has sounded and looked like a mainstream jazz star since her teens. She is now 21, and her major-label debut features a Spanish band led by her teacher and bassist/saxist Joan Chamorro, plus American guests including saxophonist Joel Frahm and accordionist Gil Goldstein. A raft of standard songs include You’d Be So Nice to Come Home To, He’s Funny That Way and a spirited Never Will I Marry, which Motis handles with an impulsive abandon on both vocals and trumpet, in contrast to the pristine cool of much of the set. She catches a punchily hard-boppish 60s Blue Note trumpet feel on Horace Silver’s Seor Blues and her own instrumental Save The Orangutan, and a mature vocal expressiveness on Brazilian mood-pieces. She does occasionally sound like an artist still blinking in an unexpected spotlight, and her material and methods are very traditional. But this is an engaging session, and full of pithy soloing from the participants.