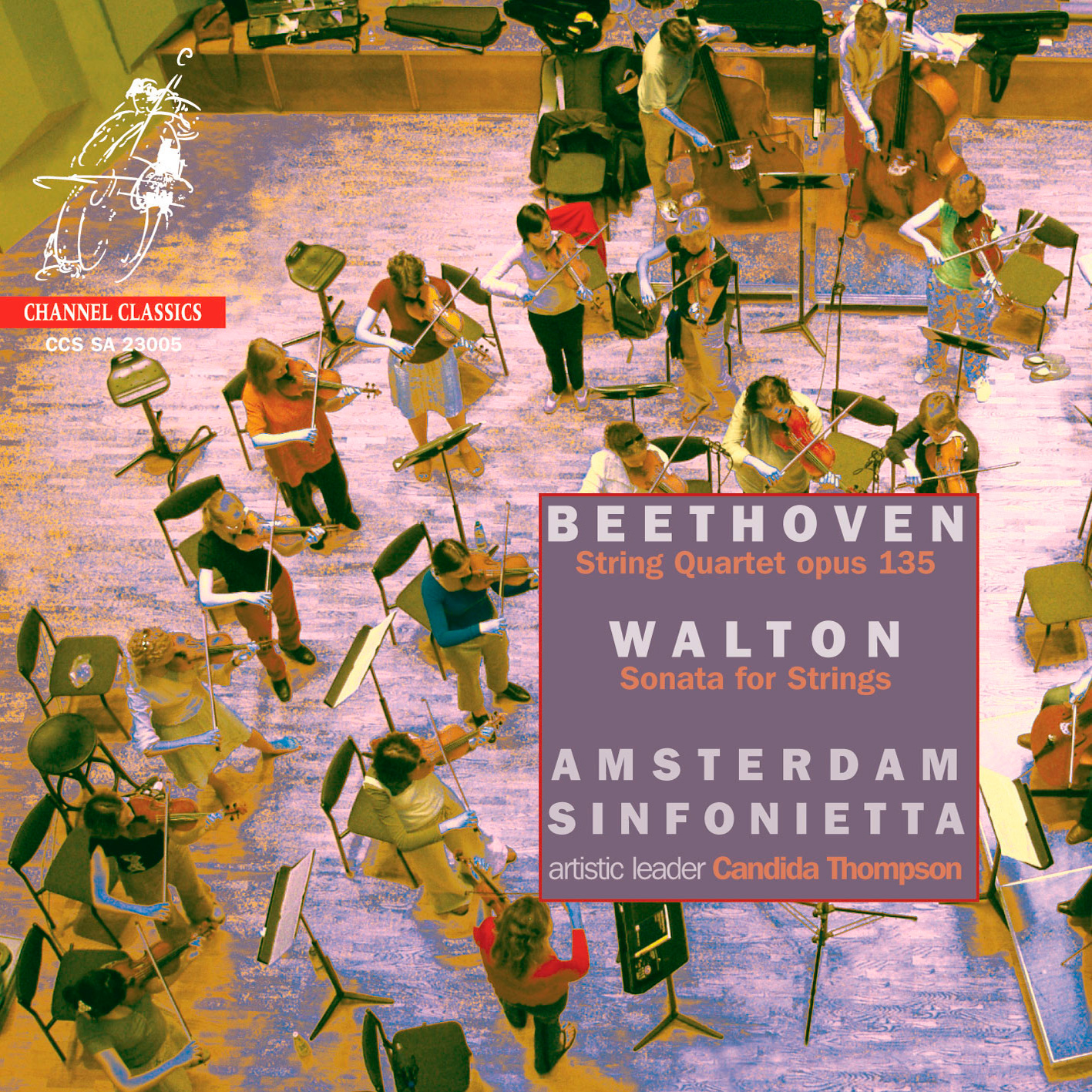 Arrangements for string orchestra of works originally written for string quartet are not uncommon, especially in the cases of Beethoven. But in the amazing scherzo, with its huge climax not long before the movement’s end, the extra weight makes a substantial and thrilling difference. And in the slow third movement… there is an organ-like solemnity added by the basses, and that needs the supplementary upper strings to get the proper balance. The Walton piece is a complete success, making the piece sound as if it had originally been conceived for string orchestra.

As the booklet asks, why Beethoven and Walton? The answer is, the Walton has become a favourite work with this superb Dutch ensemble and it was felt appropriate to couple it with another arrangement of a string quartet, the last Beethoven wrote. Walton made the imaginative arrangement of his A minor Quartet at the prompting of Neville Marriner, who wanted a work for the Academy of St Martin in the Fields.The arrangement of the Beethoven by Marijn van Prooijen similarly adapts the original without inflating it.

As the booklet-note says, the Amsterdam Sinfonietta aim to preserve the intimate character of the works. In this they contrast their approach to that of Bernstein and the VPO (DG), in which he uses a full body of strings. With the Amsterdam players showing the give-and-take, ebb-and-flow of small chamber groups, they achieve rare refinement and natural warmth. The bite and precision of the Amsterdam account is most impressive, with the rhythmic lift of the Scherzo and of the finale after the ominous opening bringing a joyful lightness. Yet it is the sublime Lento slow movement which achieves the greatest heights in playing of hushed dedication. This new version of the Walton is more intimate than the LPO fullstrings Chandos rival. It is true that Walton freely sets the full ensemble in contrast with passages for solo strings, as at the very start, but the Amsterdam performance brings out that terracing of sound more clearly, helped by the refined recording. As in the Beethoven, the heart of the performance comes in the lovely Lento movement. The Sonata emerges as a fair match for other great British string pieces – Elgar’s Introduction and Allegro and Vaughan Williams’s Tallis Fantasia, for example. It’s a work which neatly spans the gap between the early Walton, passionate and electrifying, and his later refined and carefully considered style.