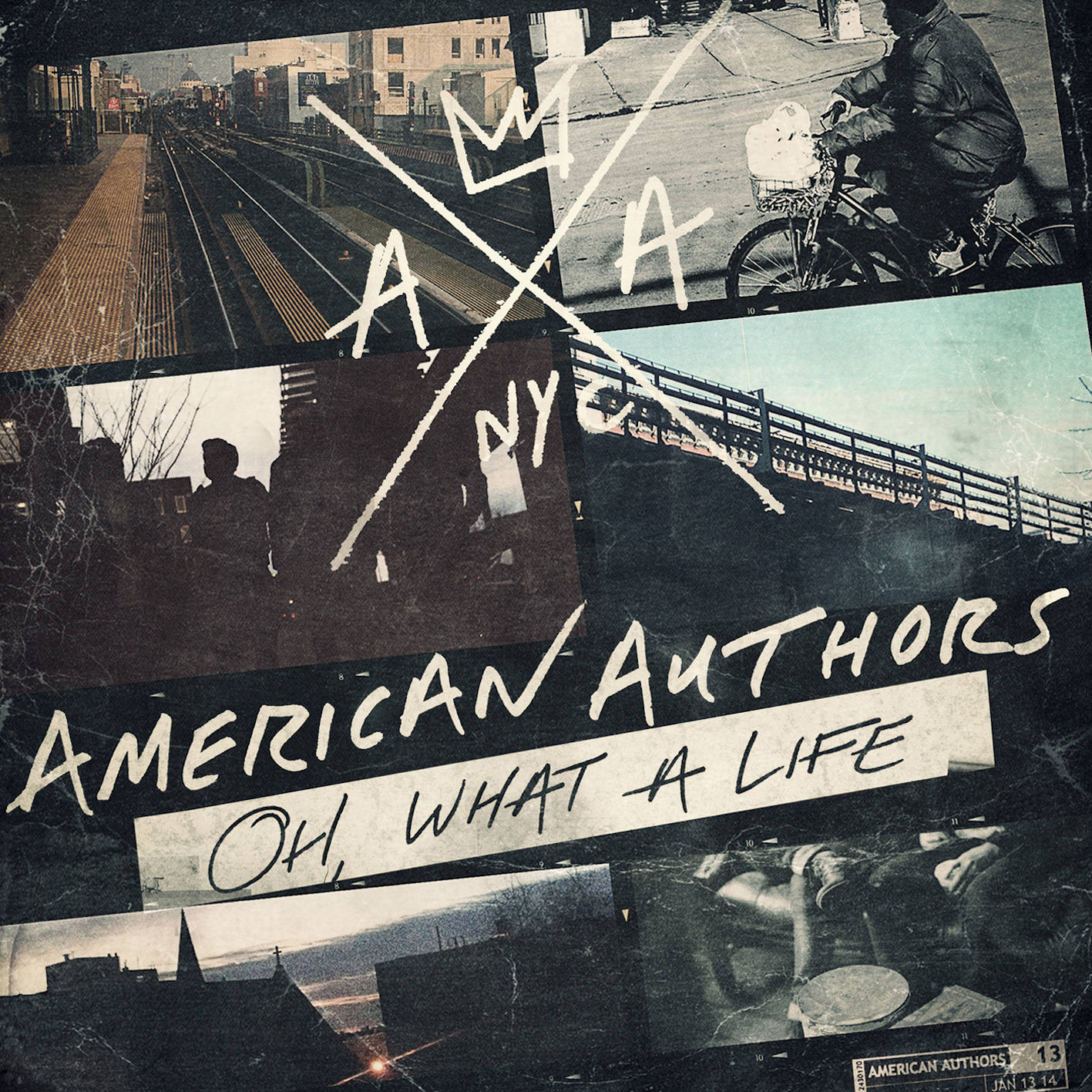 The highly-anticipated debut album from Brooklyn indie pop-rockers American Authors includes the band’s breakout single “Best Day Of My Life”, a top 20 worldwide hit and a number one song on Billboard’s Adult Pop Songs chart. The single has been used in commercials and film trailers in several countries and helped propel the band to stardom, setting up expectations for this album.

It’s a loaded name that could suggest a number of pop transgressions, from singsongy Warped tour debauchery or erudite Vampire Weekend frivolity to straight-up Mumford & Sons-inspired banality, but Brooklyn’s American Authors manage to find the safe spaces in between, taking the most retail-friendly parts of each of those examples and spinning them into something that sounds a little bit like somebody put Fun. and the Lumineers in a mixing bowl and hit them with an immersion blender. The band’s major-label debut, Oh, What a Life, is a big, unapologetically upbeat collection of indie pop anthems with similarly unrepentant commercial ambitions that comes off a little like a folksy One Direction. These are songs that refuse to remain incarcerated behind neon earphone buds. Key cuts like the uplifting opener “Believer,” the heartfelt “Luck,” and the spirited lead single “Best Day of My Life” were made to fly freely so that they may attach themselves to summer movie trailers, inspirational television commercials, and American Idol loser/winner/special-needs contestant montages. They are so on the nose that the seasoned, big summer pop anthem fan never has time to react with anything other than a begrudging respect for their complete lack of nuance. Whether they’re mining the handclap-happy “Hey Ho” antics of the aforementioned Lumineers (“Luck”), rounding off the already polished edges of pop-punk with a little banjo (“Heart of Stone”), or simply repurposing big-moment group vocal-led Arcade Fire-isms (everywhere), they’re doing it on their own, very shrewd terms, and without the cruel restrictions of subtlety.